Biden does not call Netanyahu? Dan Shapiro: No message, no crisis 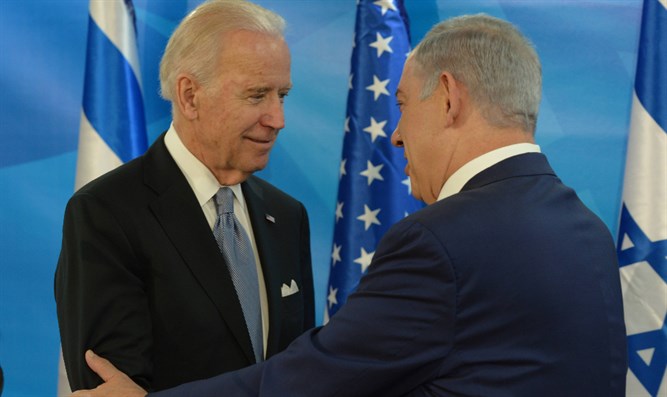 Former US ambassador to Israel Dan Shapiro, who is considered an ally of the Biden administration and in whom he may play a significant role, is trying to explain the question that worries the political system in Jerusalem regarding a conversation that has not occurred between President Biden and Prime Minister Netanyahu since the new administration took office.

“The exact timing of the Biden-Netanyahu phone call, in my opinion, is not the important story here, but since everyone is talking about it, I will get to it. The bottom line is simple: No message, no crisis, President Biden is simply doing the job he’s chosen to do.” “. Shapiro wrote on his Twitter account.

According to Shapiro, Biden entered the White House during a national emergency from an American perspective and in the meantime simply focused his priorities on what was happening in his country.

“Throughout the election period, the transition period, and since January 20, Biden has made clear what his priorities are, and what are the issues that the American people have chosen to deal with,” the former ambassador explains.

“At the international level, he seeks first and foremost to revive the core alliances in NATO and Asia that have been badly damaged by Trump and seeks to restore the global leadership of the United States in international issues. In addition, he is facing China and Russia.”

“Each of these challenges can run for a full period and Biden needs to face all challenges simultaneously. The Middle East is not problematic and therefore does not need to be addressed at this time. Of course, the situation in Iran will gain attention soon.”

“It should not be concluded from this that US-Israeli relations are being ignored,” Shapiro said. “The foreign minister, defense minister, and national security advisor have already spoken to their counterparts, some of them more than once.” A firm statement supports Israel’s position against the International Criminal Court. The relationship between us continues as usual. “

“In the first three weeks of his tenure, Biden has allowed his cabinet to deal with anything below the highest level of issues. He is focusing on what is most urgent. The ministerial leaders he has spoken with are leaders of neighboring countries Canada and Maximus, allies in NATO and Asia, and leaders of Russia and China.

“There were 12 calls that were arranged in order of priority for the United States. The conversation with Netanyahu will take place soon, and it is likely to be one of the president’s first 15 talks with foreign leaders,” Shapiro concluded.