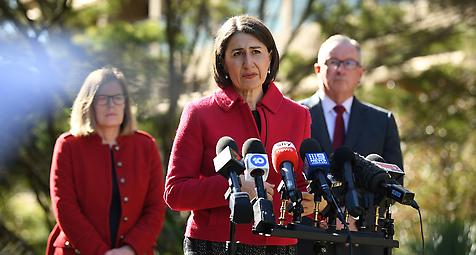 MELBOURNE – Due to an increase in coronavirus cases, borders between Australia’s two most populous states have closed. Victoria Prime Minister Daniel Andrews announced today that the traffic shutdown between Victoria and New South Wales will take effect the day after tomorrow.

Yesterday, 127 new cases were reported in Victoria. This is the highest number since the start of the epidemic. Before that, the state of 7.5 million people recorded a double number of new infections for nearly three weeks. There have only been a few known cases recently in the rest of the country.

Andrews said the growing number is a challenge. He agreed with Australian Prime Minister Scott Morrison and New South Wales Prime Minister Gladys Prejiklian that the borders would be better closed. There have already been closures between other states and regions.

The authorities did not initially announce how long the measure should continue. For people with urgent reasons to travel, special permits are required.

With the lockdown, traffic will be halted between Australia’s two largest cities, Sydney (New South Wales) and Melbourne (Victoria). The flying route between the two cities is actually one of the busiest in the world. © dpa / aerzteblatt.de