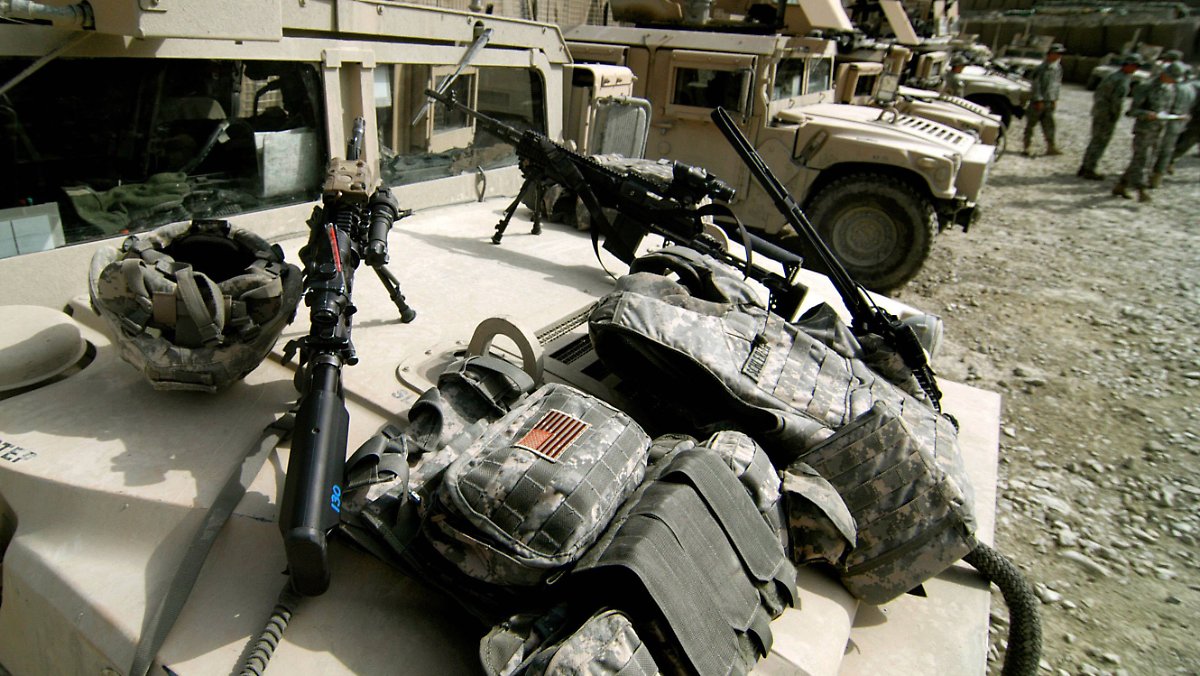 Through a large-scale military operation, the United States secured Kabul airport for about two weeks and enabled the evacuation of thousands of people. A lot of equipment remains: vehicles, aircraft, a missile defense system – but it will not be used in the future.

When the US forces withdrew, they disabled many aircraft and armored vehicles, as well as the missile defense system at Kabul airport so that they would not fall into the hands of the Taliban or other Islamist groups. The commander of the US Armed Forces Central Command, General Kenneth McKenzie, said 27 Humvees and 70 MRAP armored vehicles – which could cost up to $1 million each – had become unusable. The vehicles “will never be used by anyone again.”

The US also left behind the C-RAM missile defense system, which was used to protect the airport from missile attacks. Among other things, the system helped repel five rockets fired by Islamic State militants on Monday morning.

“We decided to keep these systems operational until the last minute before the last US plane took off,” McKenzie said. “It’s a complex and time-consuming process to dismantle these systems. So we disarm them so they are never used again.” Likewise, 73 aircraft that were already at Hamid Karzai International Airport were “demilitarised” or rendered inoperable by US forces, McKenzie said.

The US military ended its deployment in Afghanistan on Tuesday night after 20 years. The last US military aircraft took off from the capital’s airport, Kabul, also concluding the military evacuation mission. US President Joe Biden had ordered a complete troop withdrawal by August 31.