Apple is pumping an additional $ 430 billion into the US economy 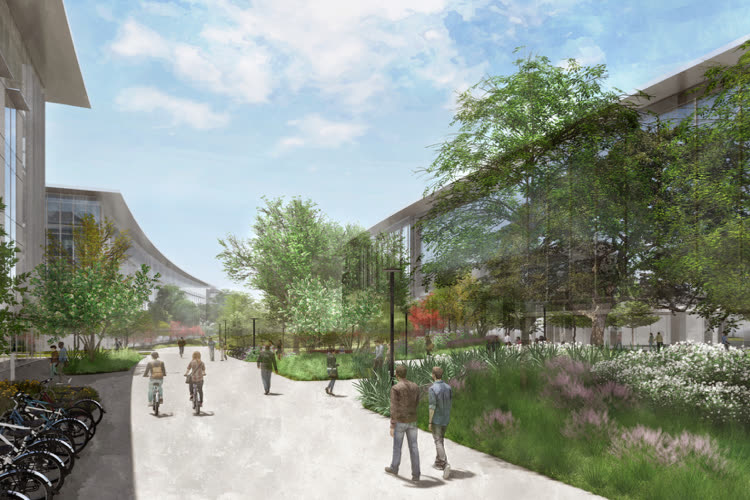 an Apple Announces the extension of its investment plan In the US economy it was initially launched in 2018. Manufacturer Then he promised To invest $ 350 billion and create 20,000 direct jobs within five years, two goals on their way to achieving them. This is why the company is relaunching a new five-year plan, with 20,000 additional jobs and 430 billion additional investment over the next five years.

These huge investments will take care of many projects, including the establishment of several new universities in the country and the expansion of the existing campus. In California, Apple will expand its San Diego team to more than 5,000 employees in 2026, and the Culver City team in suburban Los Angeles will have 3,000 people on that date.

In Texas, Austin facilities are still under construction and are expected to start welcoming people in 2022. Launched in 2018, the campus will cost US $ 1 billion, initially planned to hold 5,000 people, up to 10,000 employees upon arrival. Apple today announced another campus in the southern United States, this time in North Carolina, in Search triangle Located between Durham and Raleigh.

This newcomer will also cost $ 1 billion and host at least 3,000 people to research artificial intelligence, machine learning, and more. Apple will seize the opportunity to pour hundreds of millions of dollars into the state, to fund schools and public infrastructure, and to help local businesses.

In addition to the campus for its employees, Apple will use its investment to help contractors and suppliers. In all, more than 9,000 companies will benefit from Cupertino’s help, especially in production – especially chips – but also 5G. The press release lists some examples, where Corning in Kentucky has already received multiple aid, but we can also cite a new distribution center in Indiana and multiple research related to the 5G network. Remember, Apple is preparing Its modem, To be held in 2022 or 2023.

Finally, Apple will continue its environmental efforts, with multiple investments in renewable energy across the country. The company states in passing that it supports more than 2.7 million jobs in the United States, both directly and indirectly through the app economy linked to the App Store. It is also the largest US taxpayer, with nearly 45 billion taxes paid over the past five years.