An indigenous village in Peru, where 80% of people have symptoms of Covid-19 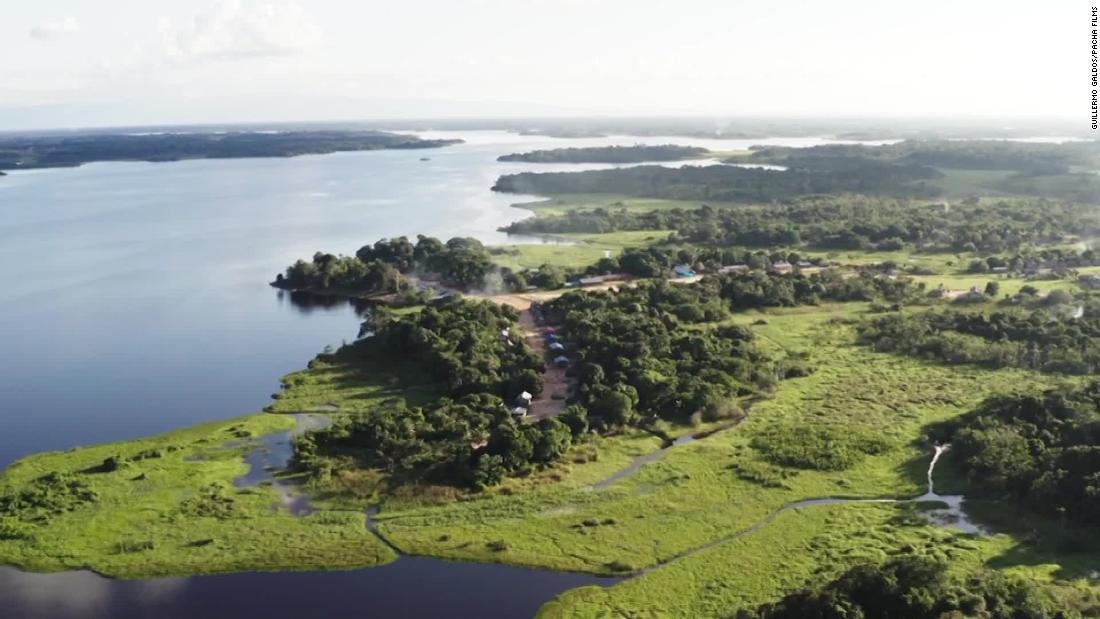 In the remote village of Shipibo in Caimitu, 80 percent of the community showed symptoms of coronavirus, said local nurse Elias Magin. The nearest hospital is an eight-hour boat ride away.

When we arrived in late May, a number of people were making their way around a simple building with an improvised sign that declared Puesto de Salud, or the health clinic, for Caimito. It was only 10 a.m. and those who could walk were patiently waiting for medical help.

“In the past three days, we have run out of drugs given to us by the government,” Magin told us. “The only medicine we have left is for other conditions. I don’t even have paracetamol.”

It’s hard to get a firm figure on the size of the Shipibo because they’re scattered across the Amazon. Official population estimates range from 20,000 to 35,000. among dozens of indigenous communities in the region, are known for their shamans, who oversee the use of the Ayahuasca herbal blend in healing rituals.

Because of Covid-19, Shipibo discouraged visitors. But after I addressed the leader of the Caimito community, Juan Carlos Mahua, he made the call because he wanted to highlight the devastating impact of the virus.

There is only one way to get to Caimito, and that is an eight-hour boat ride along the Ucayali River from the capital Pucallpe, and that is a further 18-hour drive from Lima. Due to traffic failure in the national government, we had to get a special permit to travel by river to the heart of the Amazon.

The further we pushed inland, the less people and more wildlife we ​​saw. We spotted a few boats and scattered the villages along the river.

When we reached Caimito, Mahua and Magin were waiting on the river bank, surrounded by other local officials and warriors with bows and arrows. Everyone was coughing and looking sick.

Greeting the village leader, I asked Mahu how he was. “Not very well,” he replied between spells of cough. He showed those around him, “We’re all positive about Covid-19.”

Of the 750 people in this community, about 80% are thought to be infected with Covid-19, based on their current symptoms, Magin said. At least four people died.

When the virus first struck, a doctor appointed by the government left Caimito because his contract had expired, and Magin remained in charge along with another nurse and assistant.

Magina was diagnosed with Covid-19 three days before our arrival, when a government team visited Caimito and gave tests to about 20 people. They also left supplies that quickly ran out.

Because the clinic is so short-sighted, Magin continued to work despite the diagnosis.

The Peruvian Ministry of Health did not respond to a request for comment.

Hurry with clinics and home calls

During our visit, the clinic was in a hurry. The patient weighed himself. Another patient took a deep breath as the medical assistant listened to his chest with a stethoscope. More like a simple medical office than a critical care unit, this podium never had to deal with a crisis like the coronavirus. No respirators, no ICU beds, no advanced equipment or technology.

After seeing patients at the clinic all morning, Magin entered the community to check on people who were too sick to leave their homes.

One of his patients was Reiner Fernandez, 32, who had been ill with Covid-19 symptoms for the previous two weeks and was too weak to walk to the clinic.

Magin put on protective gear before entering the thatched-roof hut where Fernandez lived with his wife and four children. The interior was spartan, with little furniture and a floor of uneven wooden planks. There was no running water.

Fernandez lay on the floor, tucked under a makeshift tent, his breathing strenuous, too weak to even stand. “My heart is upset. I feel like he wants to stop,” Fernandez told Magin.

His wife Karina stood nearby as the nurse leaned over to her husband. She bit her lip and walked.

Fernandez has lost 17 pounds since he fell ill. He still had a fever. But if things got worse, it would be almost impossible to find an ambulance – the nearest hospital was in Pucallpa, a city flooded with the virus.

A little help at the nearest hospital

The problems are not just deep in the Amazon – the entire Ucayali region has been hit hard by the coronavirus. At Pucallpa Main Hospital, workers had to clear the bodies of people who died in front of the door. There are not enough staff inside to take care of the sick.

“It was very difficult to see people die,” said Dr. Ricardo Muñante, head of the Covid Department at Pucallpa Hospital. “Seeing people asking for help and there’s nothing they can do.”

Staff work in shifts of 12-18 hours, wearing fully protective equipment at temperatures that can hit 100 degrees Fahrenheit. There are no treated ICU beds here, and only 1 in 10 patients in critical condition is expected to survive, Muñante said.

This is a story that takes place in all cities in Peru, with over 257,000 cases of the virus and at least 8,000 deaths nationwide.

Initially, the Peruvian government’s response to the outbreak was swift and sober. Shortly after the first cases were reported in the capital, Lima, President Martin Vizcarra announced a national closure for March 15th.

But as the closure continued, many of more than 70% of people working in Peru’s informal economy suddenly found themselves without jobs, money and little food. Although there were strict restrictions against travel, hundreds of thousands of migrant workers had little choice but to travel from larger cities like Lima and Pucallpe on foot and by boat to their home villages and towns.

Some brought Covid-19 home with them. Others returned it because they had to travel to nearby cities to pick up Covid grants of $ 225 that the government had made available to low-income households.

There is no bank in Caimit or other remote Amazon cities. So the residents had to travel to Pucallpe to get their money.

Last week, Vizcarra acknowledged the government’s shortcomings in responding to the pandemic, saying there were “many administrative and bureaucratic omissions” on June 15.

In Caimit, residents fall for implementing the measures themselves. I saw no signs that local authorities were enforcing restrictions on social distance and shelter, and Magin said locals were still not taking the virus as seriously as they should.

One morning during our visit Magin was carrying a microphone and amplifier to the center of the village. Taking a deep breath, he broadcast his message:

“We haven’t beaten this virus,” he said. “And yet we haven’t distanced ourselves socially. We’re still going to church, playing sports and volleyball,” his words echoed through speakers attached to a post high above his head.

A few weeks later I was in a relationship with Magina again. He said the situation in Caimit had stabilized, that isolation had helped curb the virus, and that a community group had traveled to Pucallp to take medicine from the regional health ministry.

Although still weak, Reiner Fernandez is doing better now, Magin said. And there were no new deaths.