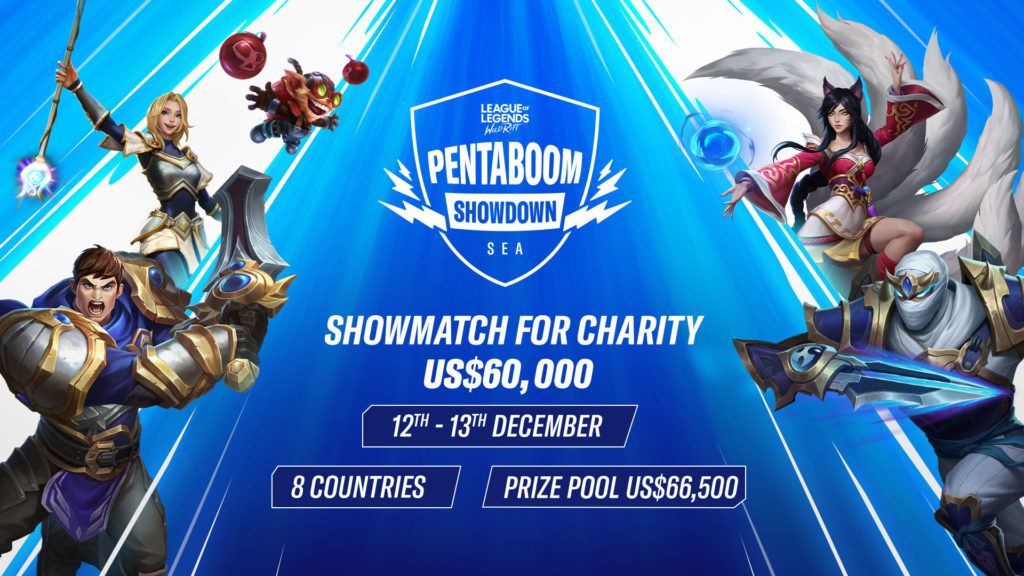 From adrenaline-filled moments of gameplay, thrilling team fights to baron robberies – Wild Rift players and fans can look forward to seeing their favorite characters Show off their skills and thumbs up, they challenge as one to beat the other participating teams – all for a charitable cause.

In conjunction with the show match, Riot Games Southeast Asia will donate $ 60,000 to Room to Read (Cambodia, Indonesia, Myanmar, Vietnam), Openminds Project (Thailand), Beyond Social Services (Singapore), Passerelles Numeriques (Philippines, Cambodia) , Vietnam)) and Wing Melaka (Malaysia). Participating teams will win a total of $ 66,500 in prizes, prizes from official sponsors Razer and Secretlab, as well as bragging rights as the strongest Wild Rift in the region.

“It’s been so long, but we can’t be thrilled to celebrate that League of Legends: Wild Rift is now open to our players in Southeast Asia.” Justin Hulog, General Manager of Riot Games SEA, said: “With this charity match, we want to end a year 2020 by giving back and engaging our players in a fun and entertaining show featuring some of their favorite characters across the region. ”Hong Kong, Taiwan and Macau.

League of Legends: Wild Rift is a 5v5 MOBA experience of skill and classes in League of Legends, created from the ground up for mobile and console. With new controls and fast-paced gameplay, players of every level can team up with friends, lock up their hero, and go to the big plays.

For more information on the participants and the full list of channels to watch the show, please visit: http://www.WildRiftPentaboom.com/

This is an official press release from Riot Games.