Action RPG is available on Xbox One and PlayStation 4 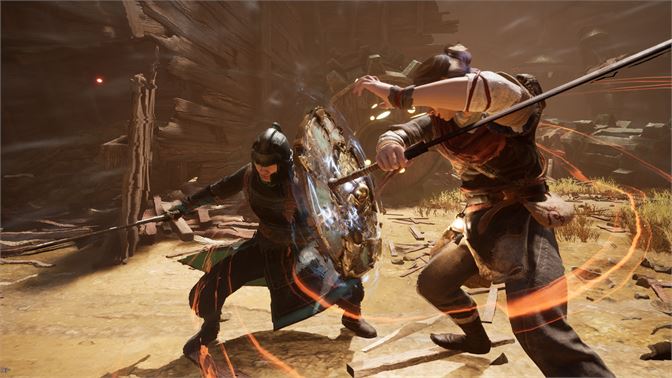 Developer and publisher eastasiasoft has announced that the digital version of Xuan Yuan Sword 7 has been released for PlayStation 4 and Xbox One.

The first game in the thirty-year history of this legendary saga is finally finding its way to the West. In this part we accompany hero Taishi Zhao in a standalone story, making Xuan Yuan Sword 7 an ideal introduction for new players.

To get a comprehensive overview of the story and gameplay of Xuan Yuan Sword 7, eastasiasoft has published this outstanding gameplay video, in which the game’s plot, setting and mechanics are explained in more detail. You can find the video at the end of the report.

Xuan Yuan Sword 7 is located in China 2000 years ago, at the end of the Western Han Dynasty. We follow Taishi in his search for a mysterious bamboo slab that came from the tomb of Marquis Liu that promised wealth, but only brought misery and famine.

In order to find out the truth about this catastrophe and protect his family, Taishi Zhao embarks on a journey through a mythical world filled with strange beings seeking his annihilation.

In the course of their adventure, players have to master a variety of fighting techniques, blocking, dodge and dodge, and make their way through elegant combat breaks. In order to survive against the many mythical monsters standing in his way, players must make use of Taishi’s abilities. Including slowing down time, absorbing monsters, and changing the environment.

eastasiasoft, SOFTSTAR, DOMO and Maximum Games as publishing partners in North America, Europe, and Australia have all paid homage to the landscape, civilization and high culture of ancient China through their cooperation.

With a story deeply rooted in the history and myths of ancient China, Xuan Yuan Sword 7 brings together one wonderful and chaotic world under the rule of a new religion of Shen. Experience the ultimate fate of the Mohists, followers of the ancient philosophy of logic, science and rational thought that was as popular in China as Confucianism 2,200 years ago.

Joshua M says, “It’s great that this long-running time-honored game series has finally made its way to the West and that a whole new audience can experience the legendary world of wonder and the exciting combat system of Xuan Yuan Sword 7.”

The retail editions are produced in collaboration with Maximum Games and will be available from October 12th at all major retailers in North America, Europe and Australia, or directly from Maximum Games.