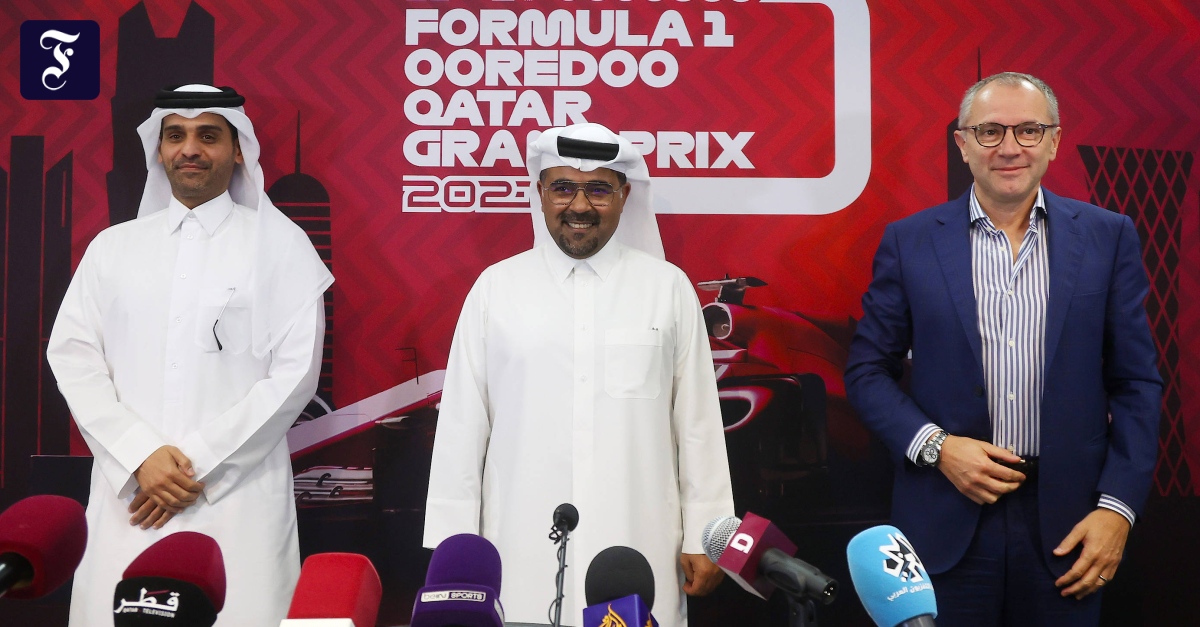 DrThe Emirate of Qatar has been buying Formula 1 bids for more than a decade, including the bonus race that will take place within seven weeks at the Losail Grand Circuit north of the Qatari capital, Doha. As announced by the Formula 1 administration on Thursday, the first Grand Prix of Qatar on the 5.3 kilometer track, in which the MotoGP World Championship races have been held since 2004, will start on November 21 and continue at dusk.

The race will be the 20th of the 22 world championship races this season. This means that Qatar is even ahead of neighboring Saudi Arabia: Formula 1 will be held there for the first time in Jeddah on December 5, before the season ends a week later in Abu Dhabi in the United Arab Emirates.

The three Arab monarchies are in costly competition with each other for notable sporting events, the preparation of which gives rise to blatant grievances regarding human rights and freedom, which are in many ways ignored in the states, and are the focus of public attention. . Amnesty International has asked Formula 1 to check supply chains around the Qatar Grand Prix to ensure they comply with labor standards. At the same time, “drivers and teams must be prepared to address human rights abuses.”

Thursday’s announcement explicitly refers to the World Cup in November and December next year in Qatar. After the world championship year, Formula 1 should be Qatar’s fair for ten years; It is not yet clear where the agreed 10 races will take place from 2023.

Creating a new line will significantly increase costs; The amount of the entry bonus is not known yet. According to a report in the Daily Mail last year, the Saudi F1 referees will appear in Jeddah at a cost of 50 million pounds (just under $58 million); The contract is also set to run for ten years.

Amnesty International has called for Formula One to impose strict labor standards across all supply chains in contracts related to the Qatari race. Sacha Deshmukh, chief executive of Amnesty International UK, told FAZ: “Drivers and teams must be prepared to address human rights abuses in order to break the magic of ‘sportswashing’.