A powerful explosion in Nashville. From the exploding car, a bomb alert was heard 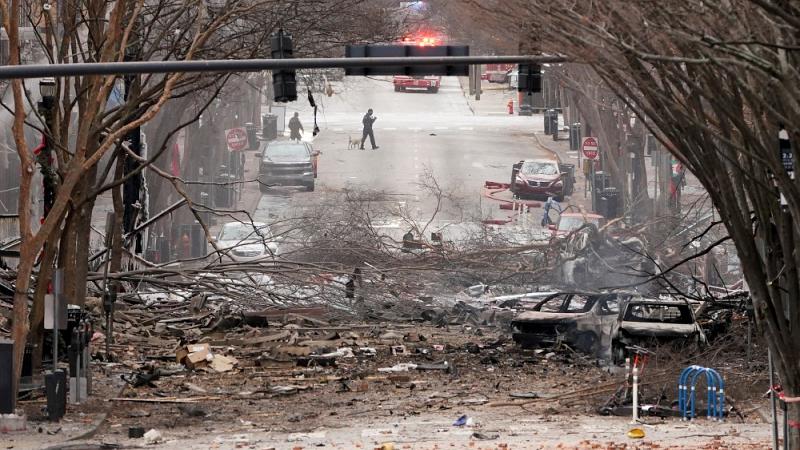 Hail, snow, rain and wind. This is the image determined by the weather forecast for December 26, Santo Stefano. Turbulence of North Atlantic origin is gradually progressing towards our country, which leads to a gradual deterioration of weather conditions in the northern regions, an extension, from evening also in the center and south, with snowfall to lower altitudes in the center, storms on the southern Tyrrhenian slopes and a decisive strengthening of ventilation in Sardinia . Based on the available forecasts, the Civil Protection Department, in agreement with the concerned regions – responsible for activating civil protection systems in the concerned areas – issued an additional warning of bad weather conditions, supplementing the alert issued during the day. from yesterday. Weather phenomena, affecting different regions of the country, can determine hydrogeological and hydraulic importance. Notice is expected from late in the evening, snowfall at altitudes over 400-600 meters in Abruzzo and Umbria, with moderate to abundant land contributions in Abruzzo, and at altitudes over 600-800 meters in Sardinia, with contributions in weak to moderate Soil. In addition, scattered and diffuse rain, including rain or thunderstorms, is expected in Campania, Basilicata and Calabria, especially on the Tyrrhenian slopes, with strong showers, frequent electrical activity and strong winds. Strong winds or storms are expected from the northern quarters of Sardinia, with storms blowing along the exposed coasts. On the basis of current and projected phenomena, the Yellow Alert was evaluated for tomorrow, Saturday, December 26, on a part of Emilia-Romagna, in Marche, Umbria, part of Lazio, in Abruzzo, Molise. Campania, Apulia, part of Basilicata, Calabria and in some regions of Sicily.