A “historic” winter storm affects millions in the United States 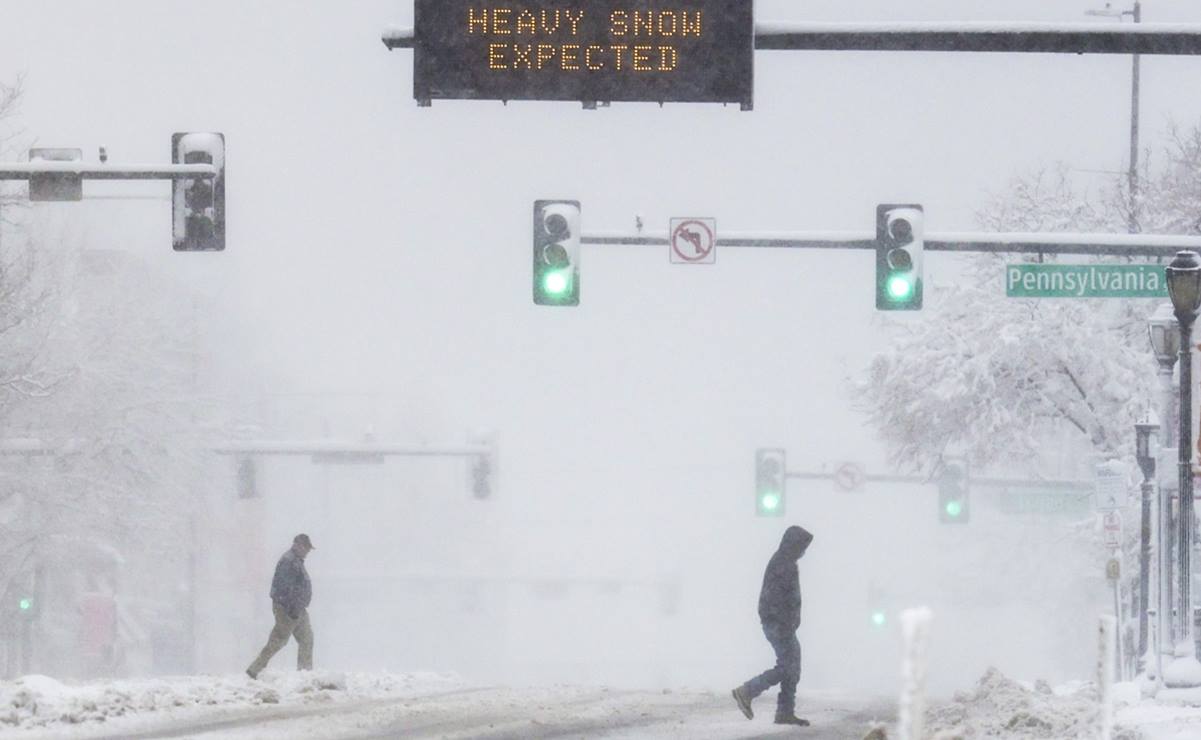 Denver.- a Winter storm It is classified as “historic” because of the amount of snow leaving it hitting the Rocky Mountain states and the Great Northern Plains on Sunday, causing road and airport closures and affecting nearly 30 million people in United State.

In Colorado and Wyoming, the two countries with the greatest snowfall impact, about 10 inches of snow accumulation at the end of the day are expected to occur in urban areas and twice in near-mountain areas, with a record-high potential of 65 cm in Cheyenne, Wyoming.

So, while Colorado, Wyoming, Nebraska and South Dakota will “have heavy snow and winds build up,” in eastern Colorado and Nebraska, and in parts of Kansas and Oklahoma among other areas, storms can be seen. That actually happened this Saturday in Texas.

Colorado and Wyoming closed Interstate 25 (which runs through those states from north to south), as well as Interstate 70 (Colorado) and Interstate 80 and 90 (Wyoming), which run east to west.

During the day, certain sections of the highway will be temporarily reopened to avoid being stranded by motorists on those roads.

Meanwhile, Denver International Airport, the largest air terminal in the region, has canceled about 2,000 flights, not because of difficulties in continuing operations (the airport is ready to respond to these storms), but because of the difficulties faced by personnel (including pilots) to reach the scene. .

When a “dangerous” storm reaches its maximum this afternoon, it will stretch the region between the Mississippi River in the east and the Rocky Mountains in the west, putting “lives and property in danger”, according to Alex Sosnowski, chief meteorologist at AccuWeather.

Although no fatalities have yet been grieved, the storm is expected to cause heavy livestock deaths in Wyoming and destroy entire crops in eastern Colorado and parts of Kansas and Nebraska.

“It took some time for the storm to arrive yesterday, Saturday, and although it arrived a bit late than expected, today it is more severe and will stay with us for a longer time than we originally expected,” said Shoshana Low, executive director of the Colorado Department. Transportation (CDOT), On payslips sent to Efe.

“We ask motorists not to neglect,” he added. “The conditions today are worse than they were yesterday,” including poor visibility, freezing roads, and the accumulation of snow.

According to PowerOutage.us, due to falling trees and other conditions created by The snowOn Sunday, about 33,000 people in northern Colorado and 2,250 others in southern Wyoming were without electricity on Sunday.

However, the worst seems to be yet to come.