The swastika is the controversial symbol that Finland is gradually abandoning 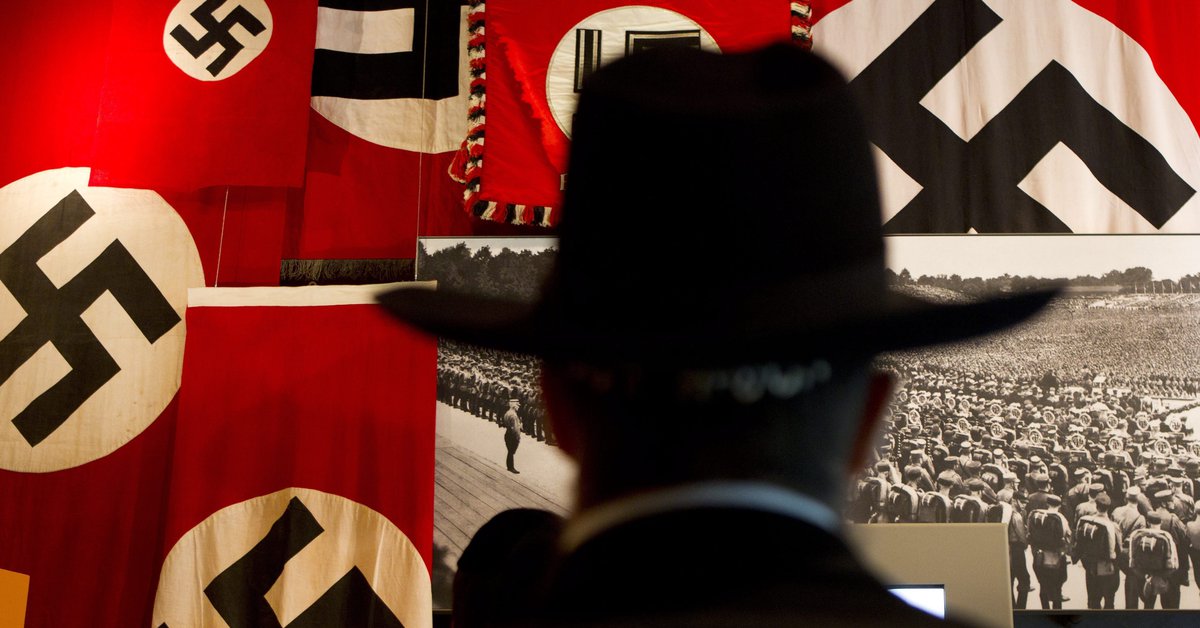 Helsinki, 4 July (EFE). After appearing on its badges and flags for a century, Finland began removing the swastika from official slogans, a national symbol of its independence that later came to embody horror, which was adopted by Nazi Germany before World War II.
Although for the Finns the swastika has another meaning, the inevitable association of this symbol with Adolf Hitler’s Nazism led the authorities to gradually and surreptitiously dispense with the swastika on the various official emblems.
The last institution to do so was the Air Force, which modified its centenary shield – without any kind of propaganda – shaped by a swastika on two wings, and replaced it with a golden eagle on a winged circle.
This change, which was approved in 2017, did not go unnoticed by the general public until this week. Tivo Tevenen, professor of global politics at the University of Helsinki and author of a book on the use of the swastika in Finland, reported it on his Twitter account after the independence of the Scandinavian country.
Causes of removal of terrestrial rocks
The official explanation for such a modification – which was introduced after Tevenen’s tweet – is that the use of the swastika on Air Force uniforms and emblems often caused misunderstandings with their colleagues from other countries, so they preferred to replace it with the Golden Eagle.
Sometimes, Finnish Air Force officers were forced to change their uniforms or insignia when visiting certain countries, such as Germany or Israel, in order not to wear the sinister swastika.
This logic has its logic, but then, why all this secrecy?
According to Tevenen, the official silence about the removal of the swastika indicates “the lack of politicization of the decision,” that is, an attempt to prevent the change from being linked to a political decision rather than a purely pragmatic one.
“The Air Force had a dilemma, and they say, on the one hand, that the swastika has nothing to do with Nazism, but if they decide to remove it, it could be interpreted as the realization that, after all, there is something bad about it having this symbol,” Tiffenen told EFE.
In his view, the Air Force chose to remove the swastika “without making a lot of noise” to avoid potential political controversy, so that it disappears from its slogans without causing problems.
The Finnish professor acknowledges that he does not support the ban on the use of the swastika in Finland as it is in Germany or Israel, but he questions the negative image that the use of this symbol gives in an official body such as the army. .
“The armed forces have a job, which is to defend the nation. How does the use of the swastika help in performing this function? I think it has more risks, even if it is very low, than benefits,” he says.
Among these dangers, he mentioned the damage it could cause to Finland’s image abroad and even national security, as the swastika could be used as an argument by a potential enemy in a potential military conflict, in addition to being counterproductive when it comes to looking for potential allies.
Swastika origin is in Finland
The swastika is a millennium symbol associated with good luck, but it became popular in Finland in the late nineteenth century, when the country was still part of the Russian Empire, as a symbol of independence.
Finnish artist Akseli Gallen-Kallela used a different type of swastika – with much shorter arms – first in 1889 in one of his paintings, and then, after Finland’s independence in 1917, he included it in some of the official slogans designed for the young Republic.
In 1918, in the midst of the Civil War, the swastika became the emblem of the Finnish Air Force, after Swedish Count Erich von Rosen donated a plane bearing his family’s symbol, the blue swastika.
Finland removed the swastika from its aircraft after the defeat of Nazi Germany, its ally in its war against Russia, in World War II, but since 1958 it has taken this symbol on the insignia and flags of the Air Force.
There are still official logos with copies of the swastika inspired by the Gallen-Kallela design today, including the flag of the President of Finland and the Order of the Freedom Cross, one of the country’s highest honors.
Khwango Galan