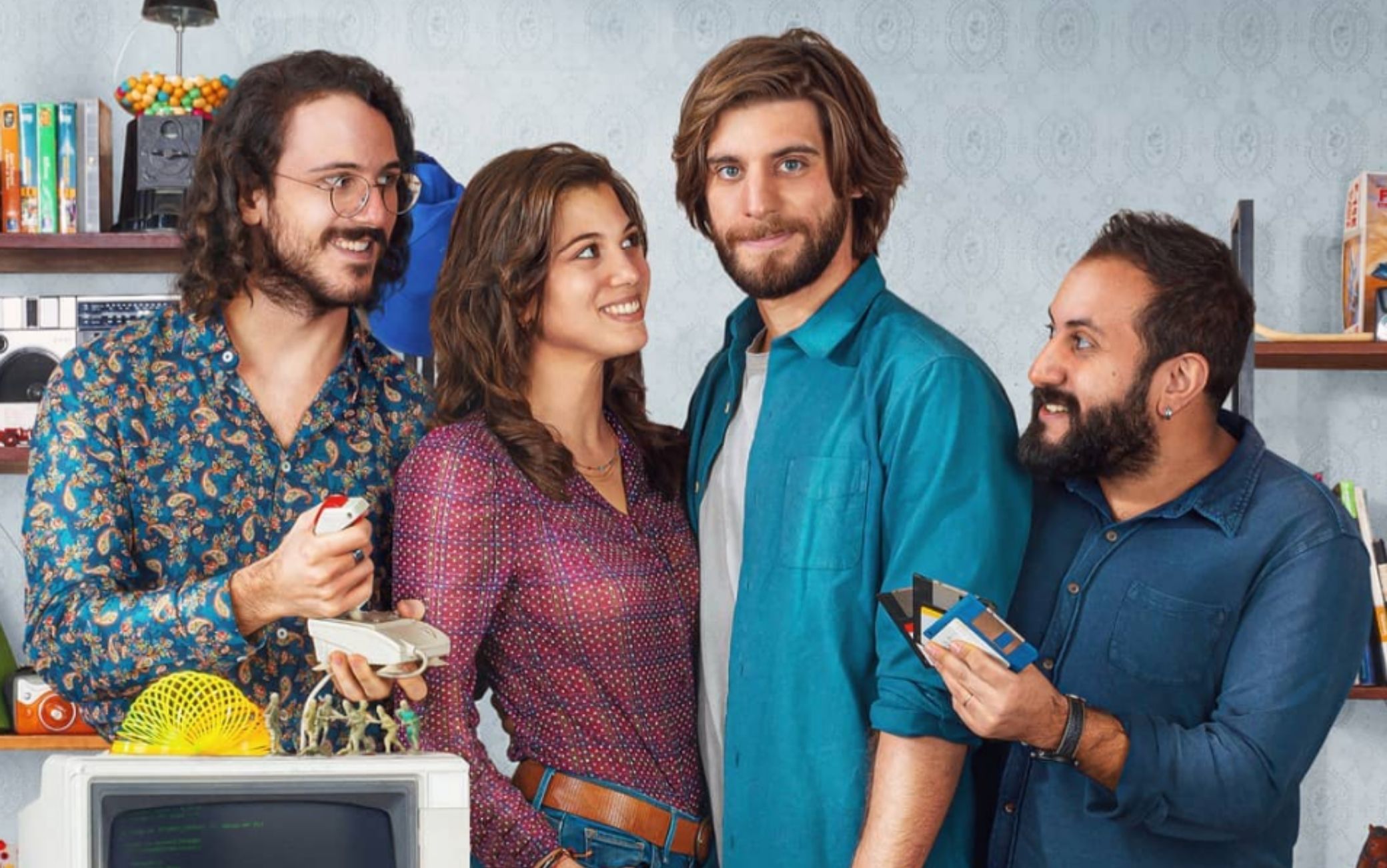 generation 56 thousand Is a series of production Cattleya In cooperation with Jackal NS distributed in the flow to Netflix. Designed by Francesco Ebbasta, who directs it with Alessio Maria Federici, with a script Costanza DurantAnd Laura Grimaldi NS David Orsini, featuring a diverse crew: funny people Gianluca Fro (which we saw in it lol- who laughs outside) NS Fabio Balsamo even young heroes (Alfredo CerroneAnd I visit IaconAnd Gennaro PhilipponAnd Egidio Mercurio(then adults)Angelo SpagnolettiAnd Christina Capelli) which is beautifully displayed Ancient Modern and attractive series.

generation 56 thousand The (accidental) meeting of two schoolmates follows a dual path, Daniel (Angelo Spagnoletti) NS Matilda (Christina Capelli) in Naples in 2021 and their ups and downs in their native Procida in 1998. With them are a group of friends not from a background but, in the past as in the present, the real family they have long recognized as refugees.

Between dating apps and VHS

“Is this what we will tell our grandchildren? I met your uncle on the app“, si diconOr heroes to each other as they eagerly search for their life partner over the net. Thanks different recovery We lightly and with some regret cross the generational divide who use technologies as a means to push others away. And so we review the old VHS tapes and the first internet lines that it was certainly more difficult than today to communicate with the world through a screen that generates a series of funny and embarrassing encounters, projects and annoyances..

Different, lively and real Procida is the backdrop to all this: we find not a prepackaged or postcard product, but an island with neighbours, fishermen, restorers, and a universe made of an inconspicuous live scene of Christmas. Pictures and their colors that I knowThere is no faithfulness to the true glow that the environment has preserved over time: as the years pass and pass through people, places and homes, the only thing that remains unchanged is the island with its rhythms, smells and dynamics This will always make them feel some way home.

Excellent acting with text makes everything fresh and instant: continuity recovery They don’t lose pace and don’t get involved, rather they seem to unfold naturally for a plot that has its roots in the past but is connected to the present. This is achieved through the symbols and images that became the red thread between 2021 and 1998: woodworms that don’t make you sleep Matilda And that she can’t completely eliminate the persistence of feeling she’s always had since childhood DanielWhich, now, is surfacing as if not a day has passed since 1998 when the hardest job was finding tickets to the 883 concert.

generation 56 thousand It has a somewhat nostalgic flavor, but it is proactive and optimistic: our era has been marked by technology, despite the complaints of many – Matilda He is the one who sees the vowels of a friend Ines (Claudia Trenchez) as audiobooks – but this It cannot and should not replace those values ​​and those eternal and insoluble bonds. Our memory media changes: from the old floppy we pass to the current USB disks but, as in an ideal addition, by reversing factors the result does not change. Thus, the memories and those traces will always remain, perhaps filling the void waiting for a new encounter and an unexpected new beginning.

See also  Not sure what to see on Netflix? There is a key that knows everything about you