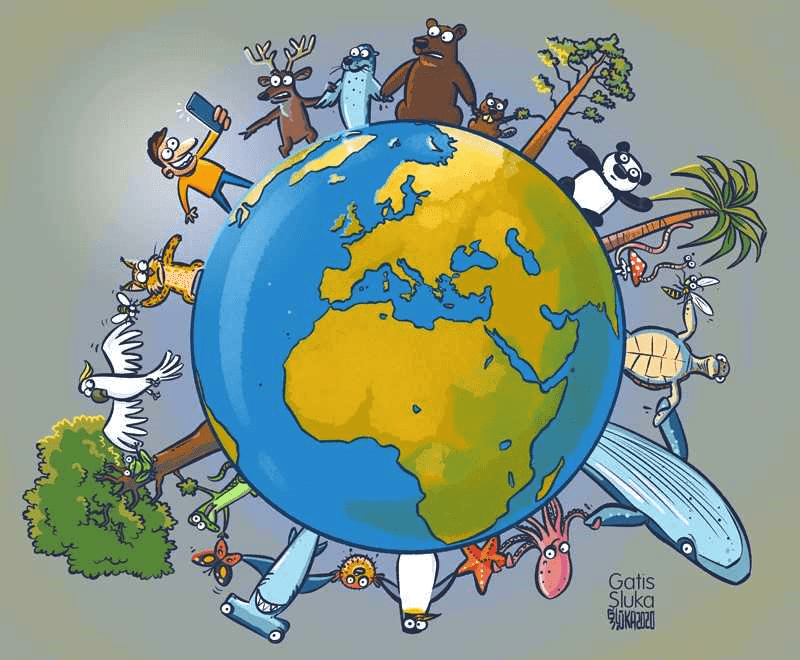 Together with other zoos, Zurich Zoo has joined the European Commission’s #UnitedforBiodiversity global alliance. United with one voice with like-minded organizations around the world, the zoo wants to campaign to protect and conserve biodiversity. Zurich Zoo announced in a press release.

Alliance #United for biodiversity It was launched last year by the European Union Commissioner for the Environment, Oceans and Fisheries, Virginius Sinkevichus, to mark the Day of the Protection of Species. The goal is to create awareness of the importance of biodiversity conservation. At this year’s United Nations Conference on Biodiversity in Kunming, China, a global convention on the protection and restoration of nature will be passed. This should be similar to the Paris Agreement on climate protection. In light of this important conference, the goal of #UnitedforBiodiversity is to give nature conservation a stronger voice, actively promoting global biodiversity and halting its progressive loss. According to scientific estimates, about one million species are currently threatened with extinction.

As an official member of the alliance, Zurich Zoo is an ambassador for biodiversity conservation and protection. Many other organizations such as national parks, science and natural history museums, zoos, aquariums, and botanical gardens, as well as many research institutions, are involved in this mission. More than 250 organizations from 49 countries around the world have already joined the campaign. With #UnitedforBiodiversity, the European Commission encourages organizations to draw attention to the extent of the biodiversity crisis in their exhibitions, nature conservation projects and educational programmes.

Zurich Zoo is committed to biodiversity around the world

Through long-term nature conservation projects such as in Leave (Kenya), the Kaeng Krachan National Park (Thailand) or Maswala National Park (Madagascar), Zurich Zoo supports and promotes countless species. In addition to supporting biodiversity through habitat protection, Zurich Zoo is also particularly committed to individual species. Among other things, the nature conservation project is poaching Australian ship A previously extinct marsupial species in its ancestral habitats in Australia. at Colombia The zoo supports projects to measure and address species loss in amphibians. It also breeds endangered species of frogs on site so that they can be released back into the wild. (p.d.)