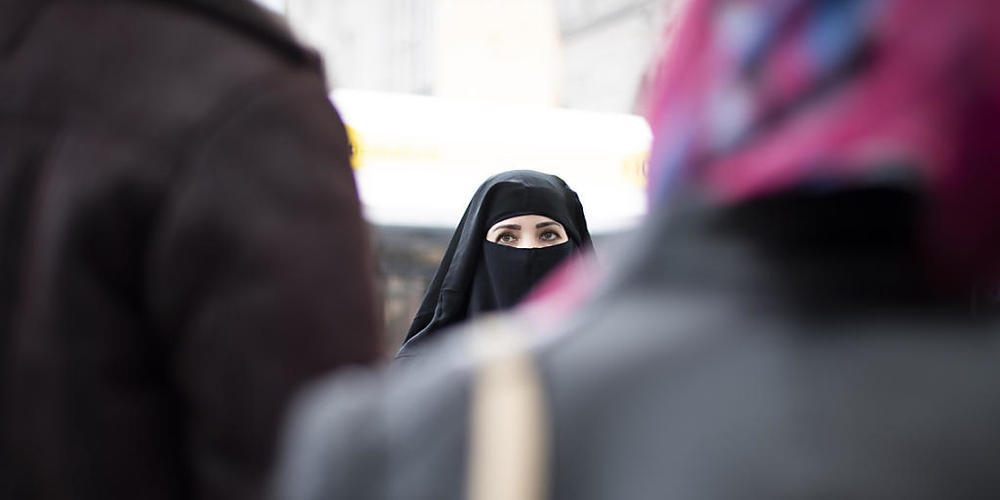 Burqa Ban – “Yes to Freedom, Equality and Combating Terrorism” – a coalition of non-partisan members as well as SVP, FDP, JSVP and EDU members led by the Egerking Committee launched the campaign to vote for the Burqa initiative. This calls for a ban on covering the face.

The popular initiative “Yes to Ban the Headscarf (Burqa Initiative)” was introduced in September 2017 by the so-called Egerking Committee. This had already launched and implemented the anti-minaret initiative. The people and the cantons will vote on the burqa initiative on March 7.

The Federal Council and Parliament recommend rejecting the initiative in the ballot box. In the last voting session last summer, the Parliamentary Bloc, the First Vice President and a number of representatives of the center and the Free Democratic Party voted in favor of the referendum.

The decision was preceded by an emotional debate about women’s rights and dress codes. Although the grassroots initiative calls for a general ban on the headscarf in public places across Switzerland – including troublemakers in soccer games, for example – the debate has mainly revolved around women in Switzerland who wear the burqa or niqab.

Against the full veil of Muslim women

The voting campaign launched by the initiators on Tuesday also aims in this direction: behind the slogan “Stop Extremism!” The brunette appears with an angry expression on her face under the niqab. Supporters of the referendum argue that any form of complete veil discriminates against Muslim women.

The initiative committee states that in enlightened European countries like Switzerland, one of the fundamental inalienable values ​​of living together is showing face. There is no free man to hide his face. The full veil, like a minaret, is a symbol of radical Islam that has no place in Switzerland.

Examples include Ticino and St. Gallen

The new initiative demands that no one be allowed to cover his face in public places or in public services. Exceptions are only possible for reasons of safety, health, climate and local customs. In addition, no one should be allowed to force a person to cover their face.

The cantons of St. Gallen and Ticino have already imposed bans on cover-ups in recent years, while others, such as Glarus, have rejected such methods.

For those who oppose the initiative, a national ban is the wrong approach. This would also run counter to the liberal values ​​of Switzerland.

The Federal Council also rejects the initiative. He says the initiative will unnecessarily reduce the capacity of the cantons. However, the government prepared an indirect counter proposal that would leave the cantons with the power to ban the headscarf. However, this states that everyone who has to identify himself on public transport or with the authorities is legally obligated to show their faces.

The councils accepted the counter-proposal last spring. It takes effect automatically if the initiative is rejected. The counter-proposal would also take into account women’s equality. For this purpose, the Aliens and Integration Act and the Equal Opportunities Act should be amended accordingly.