Work is underway on the US-EU summit, an anti-Chinese technology, trade and democracy alliance 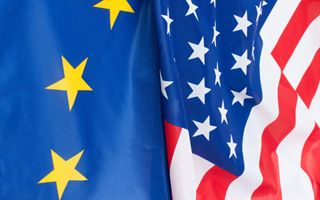 (Teleborsa) – it will be called Trade and Technology Council The body that will chair the new partnership between United States of America e European Union It Technique e Business In order to counter the practices carried out by China and promote the values ​​of democracy. This was announced by Politico, which obtained a draft of the results of the US-European summit on June 15, where the initiative will be announced.

The The project This joint commission came from the European Union and found a consensus in the White House eager to demonstrate a renewed commitment to cooperation. While negotiations on the new body are still ongoing, the President of the United States said, Joe Biden, The President of the European Commission, Ursula von der Leyen, They plan to announce the details of the project when they meet in Brussels. There will be three areas of cooperation. The first will relate to transatlantic cooperation on International technological and commercial standards, where the discovered critical points will be included in the supply chains both in terms of medical devices and semiconductors, with the aim of returning products to their regions and working according to common standards in terms of artificial intelligence and IT security to counter the Chinese base.

The second zone Instead, the collaboration will focus on promoting democratic values ​​in the digital environment. This will include rejecting the repression of authoritarian governments online, while also working on potential coordination on new digital legislation. Finally, the European Union and the United States will also focus on improving coordination on competition policy and enforcement in the technology sector, including a specific task force to examine digital antitrust issues.

In general, specialization will be upgraded Cooperat e Investments It Technologies new – Such as quantum computing to counter the Chinese economic model from top to bottom. Specific joint projects can be opened in this regard to promote research and development