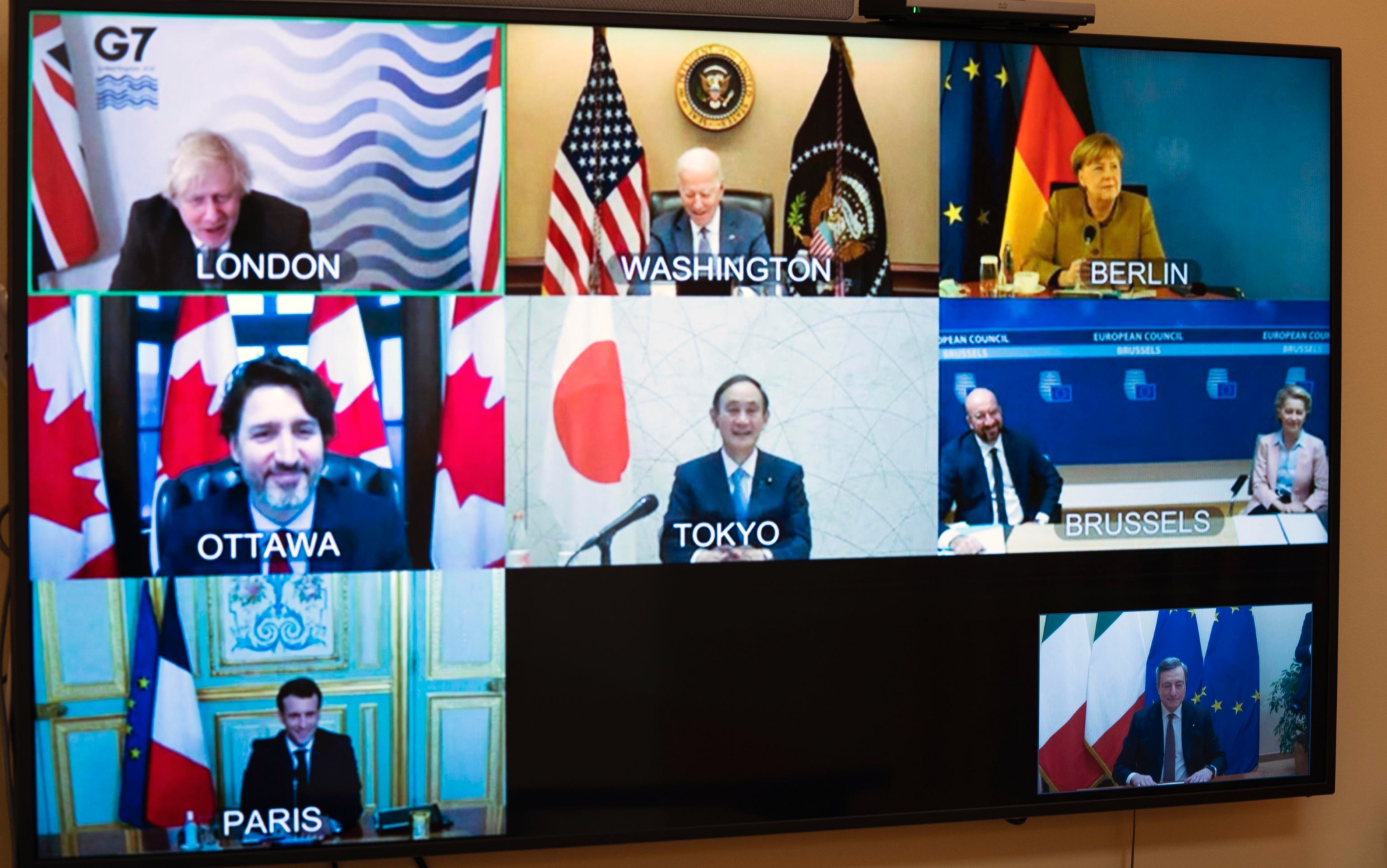 The intergovernmental organization brings together the seven major global economies that meet periodically to discuss issues and issues of a global nature. Members are Canada, France, Germany, Italy, Japan, the United Kingdom and the United States (plus a delegation from the European Union). In turn, one of these member states holds the presidency

The Group of Seven is an intergovernmental organization of the world’s major economic powers. It meets periodically to discuss issues of global concern. Its members are France, Germany, Italy, Canada, Japan, the United States and the United Kingdom. A delegation from the European Union is also invited to attend the annual meetings, which is not part of the rotating presidency, and in the framework of the so-called outreach activities there are other countries outside the Group of Seven, particularly developing countries. Civil society is the main axes of the current G7 presidencies.

When were you born and what does G7 mean


Afghanistan, G7 Summit. Biden: Far by August 31, there are risks

The abbreviation G7 stands for the “group” of the seven “great” economic powers of the world. The letter “G” actually stands for “group”. It was the then President of France, Valéry Giscard d’Estaing, who wanted to create this summit in 1975, who invited the leaders of the Federal Republic of Germany, the United Kingdom, Italy, the United States and Japan to Rambouillet to discuss the 1973-1974 oil crisis. Initially, the number of participants was six. Canada later joined. From 1998 to 2014, the G7 transformed into the G8, with the same members plus Russia. But after relations cooled due to the annexation of Crimea, we returned to the original formula of the G7, without Russia.

Characteristics of the group of 7


The G7 and Draghi: “Common Positions Against Authoritarian Regimes”

The main characteristics of the G7 are the intergovernmental nature of the preparatory process, the informal nature, and the ability to discuss and find quickly and by mutual agreement solutions to major global issues. The G7 does not have its own administrative structure and its own permanent secretariat because it is not an international organization.

The value of the G7 decisions

The decisions made by the G7 are not mandatory in their implementation, in short, they are not legally binding, but they certainly exert a strong political influence and have a tangible impact on the global agenda.

The G7 discusses economic, financial, development, political and security issues as well as other issues on the agenda, such as energy and climate change right now. The three institutional figures that followed the preparations for the summit are Sherpas, Political Director and Foreign Affairs Su Sherpa (FASS). The Sherpas are the G7 representatives of the head of state or government of all thematic areas that make up the summit agenda. He is responsible for everything leading up to the meeting of the seven and oversees the negotiations for the drafting of the final statement.

The Political Director is a high-level representative of the State Department, responsible for foreign policy and security issues, while foreign Sous-Sherpas are responsible for cross-cutting issues, such as the environment, economic and social aspects, and development. The Ministry of Economy and Finance is the one that deals with the economic and financial issues on the summit’s agenda.