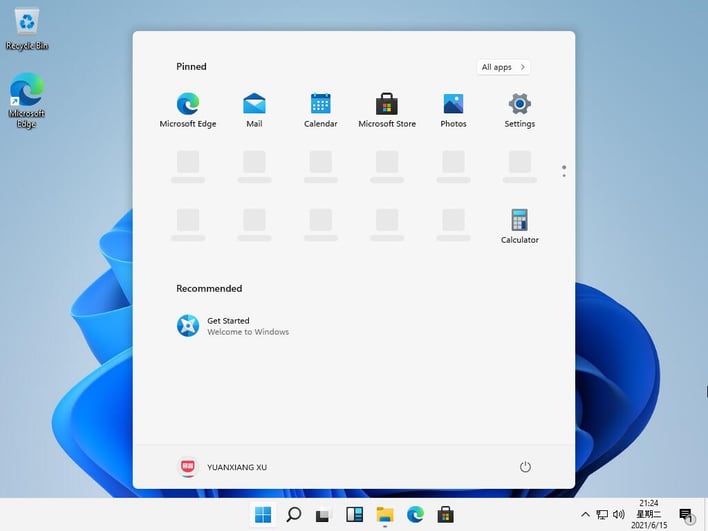 HotHardWare decided to test an early build of Windows 11 on a processor with heterogeneous cores. Samsung Galaxy Book S ultrabook based on Intel Core i5-L16G7 was used as a test platform. This CPU belongs to the Lakefield family and is built on a hybrid architecture with one large Sunny Cove core and four “atomic” Tremont cores. In this context, laptop testing is important, because, according to rumors, Windows 11 has a new task scheduler for such processors (hello Intel Alder Lake – editor).

Windows 11 has been compared to a new version of Windows 10 21H1, which was released about a month ago. It is worth noting that Windows 11 will be released on June 24, so Windows 10 drivers were used in pre-build phase.

A simple switch of operating systems led to an increase in the multi-threaded version of Geekbench 5 by about 5.8%. The single-threaded benchmark appears to run on a high-performance kernel and falls within less than 2% of the margin of error. On the other hand, in Cinebench R23 it turns out that Windows 11 is 8.2% faster in one series, and when using all the cores, the results of the operating systems are very close to each other.

In the PCMark 10 standard set, the placement of systems varies by discipline. And if digital content creation is a little ahead of Windows 10, the “XI” will make its mark in productivity and essentials scenarios, by a notable margin.

Finally, the novelty feature is clearly visible in Browserbench Speedometer 2.0 and, in general, is absent in 3DMark Night Raid. To summarize, it can be said that Windows 11 definitely has improvements to speed up its work. Moreover, after the release, the operating system will definitely be improved with patches and updated drivers.

READ  Here's how you can start playing now