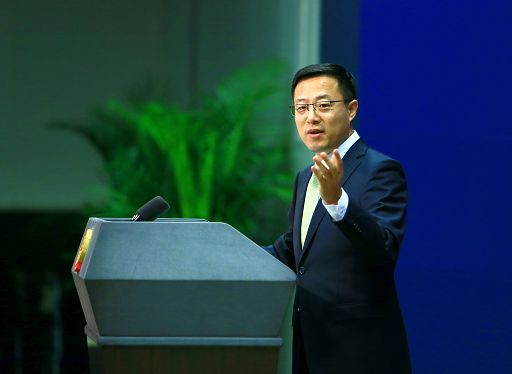 China: ready to cooperate with the United States on climate

But he warns: No cooperation only on some issues

ROME, January 28 (Askanews) – China is “ready to cooperate” with the United States in an attempt to address the climate crisis, but cooperation in specific areas is indistinguishable from the general climate of cooperation between the two powers, “unlike the flowers that can bloom in a greenhouse despite Of the cold winter outside. ” Chinese Foreign Ministry spokesman Zhao Legian said today, in response to requests for cooperation from US Secretary of State Anthony Blinken and White House Special Envoy on Climate John Kerry.

“Climate change is a common challenge for humankind. Since it is about the future of all humankind, addressing it requires global action, a global response and global cooperation, rather than a solution from one country.”

China and the United States share broad common interests and abundant margins of cooperation. (…) China is ready to cooperate with the United States and the international community on climate change, “the spokesman continued.

However, the cooperation cannot be fragmented, says Zhao. He warned that “the cooperation between China and the United States in specific areas, unlike the flowers that can bloom in a greenhouse despite the cold of winter, is closely related to the bilateral relations as a whole.”

From this point of view, things are not going very well. Zhao said China has stressed time and time again that one cannot imagine the ability to demand understanding and support from China in bilateral and global affairs when it brazenly interferes in China’s internal affairs and undermines Chinese interests. We hope the United States can create favorable conditions for coordination and cooperation with China in key areas. ”