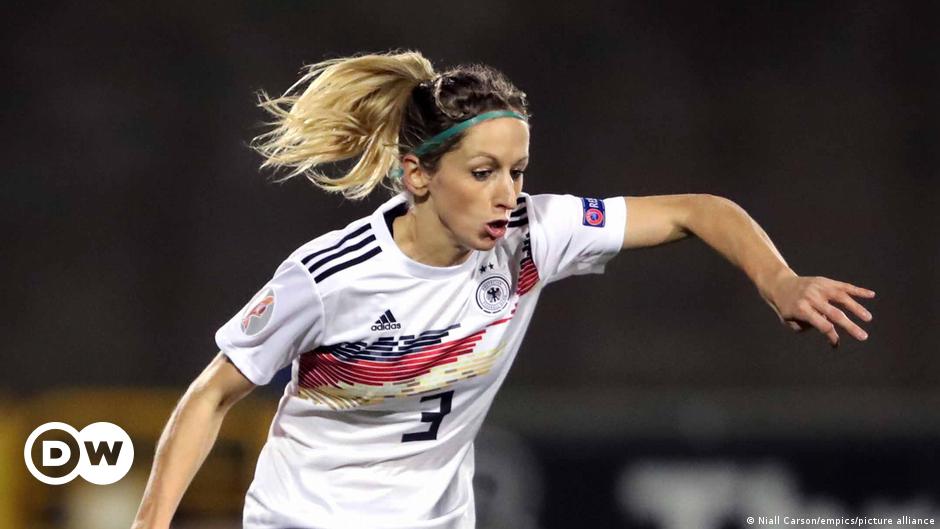 When German player Catherine Hendrich takes to the field against Belgium on Sunday in Aachen, the 28-year-old finds a friend on the other side of the field instead of the enemy.

“Because of my history, my dual nationality, I have a special relationship with Belgium. That is why the game is special to me.”

This game is just friendly, but Hendrich’s connections on both sides of the border run deep. She was born in Eupen, Belgium, 16 kilometers from the German city of Aachen. Her father is German, her mother is Belgian, and she played soccer in her native country until she was 14 years old, first at her local club Eupen and then at Teutonia Weiden.

She jumped to Germany in 2009 after moving to Bayer Leverkusen in the second division of the Bundesliga. When the club was promoted in 2010, the defender had her first foray into football. Their performances caught the attention of both the Belgian and German teams.

“I always watched the German national team on TV. We had German TV and they were always showing the women’s national team matches. She told reporters, including DW, at a recent press conference for the competition.” My mom and dad always told me that I prefer playing for Germany and I kept my mind. I’m glad I chose that path now. “

Hendrich, second from left, has played 36 games for Germany.

It was a natural development. Hendrich has also represented the German national youth teams, but she has kept an eye on the Belgian national team and says it is not an overtaking maneuver.

“They’ve done really well over the past few years,” she said. “We have to hurry. They won’t make it easier for us.”

Of course Germany will not make things easy for Belgium. The team is on track to qualify for Euro 2022 with a perfect record last year. They scored 46 goals and conceded only once. However, the final exit from the tournament shows that there is still room for improvement.

This is where Hendrich comes in. She has never established herself as a superstar, but she has the flexibility that makes her an attractive choice for a team that can play in both defensive and defensive midfield. Then there is her extremely successful club career in which she won almost all titles. She won the UEFA Champions League title with Frankfurt in 2015 and then moved to Bayern Munich before moving to German champions Wolfsburg last year.

Hendrich continues to attract the attention of the best Bundesliga clubs, but nationally, they have remained on the sidelines since their debut in 2014. She did not reach the 2015 World Cup Final and despite being selected for the European Championship 2017, she remained alone. But even with its ups and downs, Hendrich wouldn’t want it any other way.

Hendrich, who plays against Ireland here, has become an important member of the German team

“I don’t regret having chosen Germany. I’ve been here for many years and I feel really good here. It’s a very strong team with a lot of young players who have enormous potential, not to mention that.” Seasoned and seasoned players. It is an interesting combination. My decision was nothing against Belgium. “

Too close, but too far away

Travel restrictions due to the Coronavirus mean the German team will miss some of its best players outside the Bundesliga. That list includes Melanie Leopolis, Anne Catherine Berger of Chelsea, Leonie Meyer of Arsenal, Lena Peterman of Montpellier, and supplying Knack from Atletico Madrid.

While Hendrich will have families on both sides of the border to encourage them, many of them would have made the short trip to Aachen under normal circumstances. But the coronavirus pandemic has made this impossible.