What the West lost by winning the Gulf War 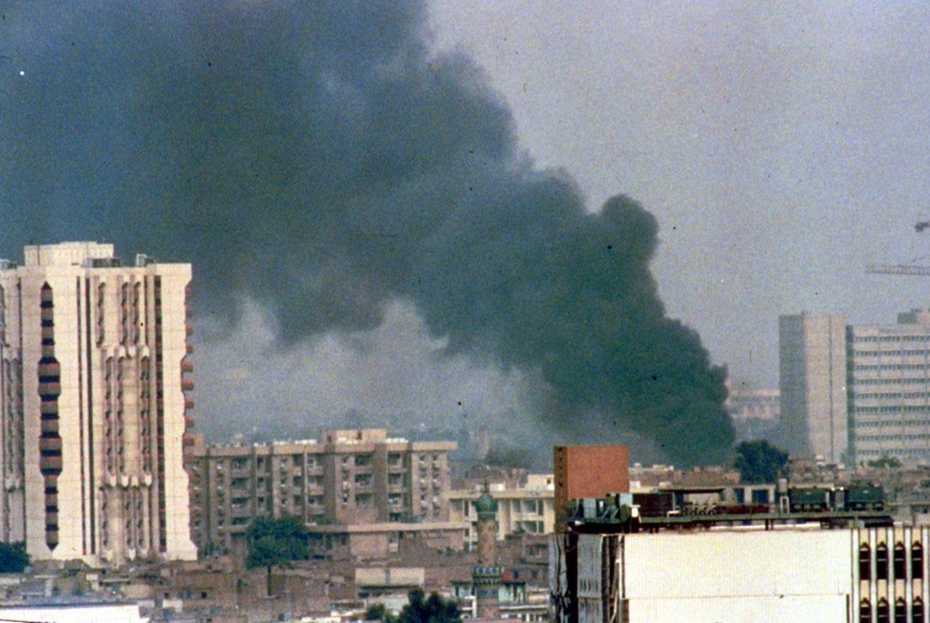 The bombing of Baghdad during the 1991 Gulf War The sky of Baghdad, which was torn apart and lit by bombing at night between January 16-17, 1991, is one of those iconic images that represent the photographic history of the past century. A short war – the Gulf War – destroyed Iraq again, immediately after the end of the long conflict with Iran, which began in September 1980 and ended only in 1988. Two bloody and devastating wars, resulting from arrogance and arrogance. Because of the lack of analytical skills to provoke the fierce Saddam Hussein in Baghdad. One of the most despicable dictatorships among the many dictators in the Middle East. A war fought by a US-led coalition sponsored by the United Nations to liberate occupied Kuwait in August 1990, which Saddam refused to abandon despite pressure and ultimatums. It was a struggle that showed the world the overwhelming power of Western military technology, and created many illusions about a “new world order,” which quickly faded with the new century. A struggle in which the voice of John Paul II stood firmly, who also developed intense diplomatic activity in the field to avoid death and destruction, but failed to halt military action.

Indeed, the Gulf War authorized the apparent return of the United Nations as the supreme body to defend the international system, after decades of great lethargy due to bipolar opposition between Washington and Moscow. But above all, it ushered in a decade of unipolar supremacy for the United States, as it did that year in the Soviet Union, which was already defeated in the Cold War and collapsed into fifteen different countries. For many analysts at the time, the military intervention specifically should have recognized the victory of the Western model, based on political and economic liberalism. An era began when the American “gendarmerie” promoted our values ​​and defended freedoms thanks to its excessive economic and military power. After all, who could possibly be against it? Russia was just a shadow of the old Soviet opponent, China was still weak and poor, and there was no opponent to really be afraid of. Indeed, delusions have been cruelly banished by the new century. Evidence that nothing can be solidly built, if only the foundations of military action. Because even the struggle to “liberate” a person – Kuwait, in this case – and not the invasion, if there is no real political plan aimed at building a positive peace, it is bound to leave the problems unresolved. Or to exacerbate it.

As it happened regularly in the 1991 war: the defeat of the Iraqi military forces – by indiscriminate massacres on the forces in a state of defeat that did not respect the United States – the lack of a clear political vision put Iraq in trouble, keeping Saddam Hussein weak in power but more brutal towards his people, moreover. For being subjected to very severe international sanctions. How many children, old and sick, died as a result of these punishments, in the indifference of a large part of the world, despite the constant appeals of the Catholic Church, which could not remain silent in the face of their suffering? In fact, the Iraqi’s worst suffering came right after that conflict ended.

But the international coalition’s intervention in the Gulf is important because it opened the long season of international missions, “humanitarian interventions” and the “responsibility to protect” by the international community: from Somalia to Bosnia to Kosovo. In Darfur … Then after the September 11 attacks were wounded, the season of American anger: the war on terror, the interventions in Afghanistan, the miserable Anglo-American invasion of Iraq in 2003, half of the work with Saddam Hussein ended in 1991.

With eyes today, in this season of disappointment, sandwiched between the economic crisis, the pandemic, and a sense of confusion about the West’s strategies at the global level, these illusions appear to us in their apparent fragility. We have now understood, in the past two decades, that military technological superiority allows you to eliminate an enemy but you do not really control an area, if you are unable to engage the local population positively and if you do not remove the root causes that tear apart many countries and push religious, ethnic and cultural societies That lives in those areas to conflict. The idea that the liberal paradigm was destined to spread worldwide has given way to awareness of the power and resilience of authoritarian regimes. At the same time, a sense of the fragility of our democracies, as evidenced by populist pressures running through Europe and the United States.

Likewise, the belief that the war against Iraq in 1991 had permanently turned the Gulf into an “American lake,” as it has been written countless times, has gradually fractured: Today the Middle East is witnessing the arrogant action of small and medium-sized companies. The powers act unilaterally, without fear of a US reaction. Turkey, Iran, Saudi Arabia, Qatar and the United Arab Emirates have provoked the most ruthless sectarianism and supported the warring factions without the West being able to intervene in a convincing manner. Not because of the lack of technological and military means. What we lack is a comprehensive strategic vision and willingness to intervene to prevent the numerous excesses and “proxy” wars that are tearing the Middle East apart. It is ironic now that Washington appears hesitant, which is still unable to speak in the face of crises, and which aims to withdraw its soldiers from the smallest quarters in the Middle East instead of deploying them, and which during Trump’s four years the path of “calculating bilateralism”, we feel today on It specifically risks this “power vacuum”.

In a few decades we have gone through a desire to transform the world for the better to a reluctance to act even in the face of the worst ferocity. But at least we understood that to solve crises, it is not necessary to overcome conflicts; The military tool, when necessary, is only a tool, and a means to initiate a solution that can only be social, cultural, and political and requires a much longer commitment than war. Because rebuilding is a generational effort that must involve everyone involved: winning all together or losing all.

See also  When is Black Friday 2020 and when will the sales start?