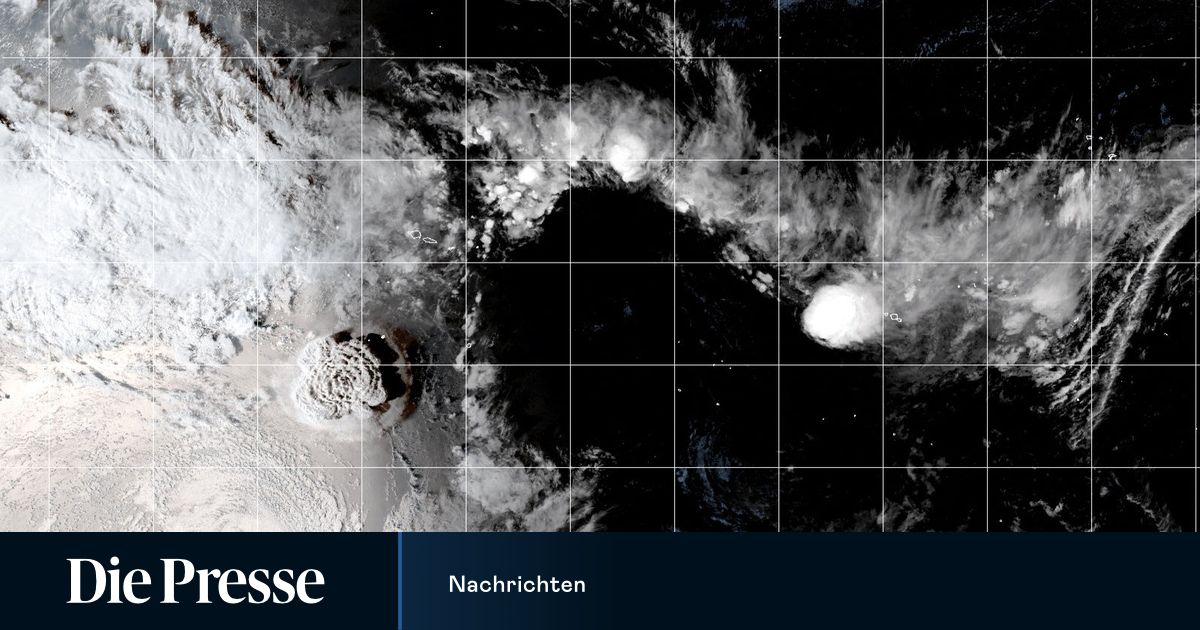 An underwater volcano erupted, causing tidal waves about 80 cm high. It is said that it rained ash, and telephone communications were cut off.

The eruption of an underwater volcano in the South Pacific nation of Tonga has led to a tsunami warning for the region. On Saturday, the US Tsunami Warning Center said that smaller tsunamis were recorded in Tonga and the US mainland in American Samoa and some adjacent areas. It would have had a height of about 80 to 60 centimeters. The warning for American Samoa was lifted shortly thereafter.

Local media in Tonga reported that tsunami waves have inundated properties on the main island of Tongatapu after the eruption of the Hinga-Tonga-Hongga-Hapai volcano. It rained ashes of ashes and telephone connections were disrupted. According to reports, the sixth king of Tonga Tubu. He was brought to safety from the royal palace in the capital, Nuku’alofa.

The height of the tsunami is 1.2 meters?

Australia’s Meteorological Service even reported a 1.2-meter tsunami after the eruption of the underwater volcano Hingja Tonga-Hongga Hapai, about 65 kilometers north of Tonga’s capital, Nuku’alofa. However, no warning has been issued to Australia. New Zealand authorities also said they would monitor the situation.

On the other hand, the Fiji Islands have also issued a tsunami warning. Residents should avoid the coasts “due to strong currents and dangerous waves”. A TV reporter from Fiji posted a video on Twitter showing smaller tsunamis hitting the ground and people fleeing to safety in their cars.

The American Warning Center measured the tsunami waves after the volcanic eruption and warned of the danger of tidal waves and dangerous sea currents along the beaches and ports in the region. Low coastal areas can be inundated. Information about damage or casualties was initially not available. According to authorities in Tonga, the volcano already threw ash, steam and gases up to 20 kilometers into the air on Friday.