Vigo Ceramics travels from Navia to the National Museum of Finland 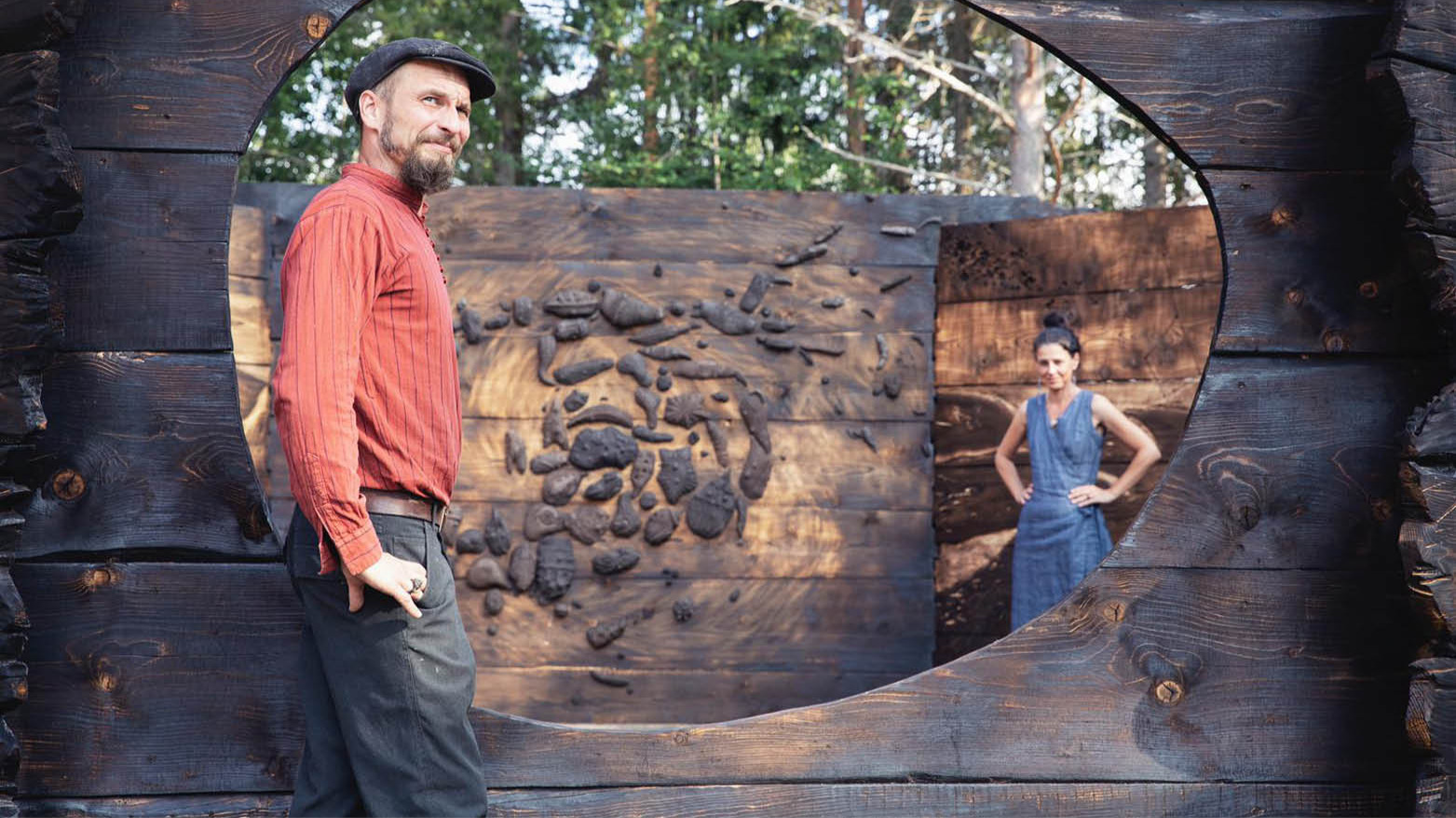 Vigo Antía Sánchez co-authors with Hannes Aleksi Hyvönen ‘Time of Miracles’, a piece measuring eight meters in diameter and nearly three meters high, opening this Wednesday in the gardens of the National Museum of Finland, during Design Week.

Its composition reflects cultural heritage, art and nature. She has been in the creative process for a year and in January was chosen to participate in this event in Helsinki. The first stage, a ceramic fresco covering one of the seven walls of the structure, was performed in the artist’s workshop at Navia Vello. They have now assembled the piece for several days in Savoy, a town four hours from the Finnish capital. Says Sanchez, who with Alexei is involved in the entire creative process, divides the jobs.

To achieve the tailored finish, they had to burn the roofs, but even in Finland this could cause a forest fire: “The heat wave that hit Finland forced us to wait for a big storm so we could carry out the burning process.”

Although the piece had been designed for months until the time of its final incarnation, it had undergone minor modifications. “It is difficult to present something and be precise, it goes against creativity; almost completely honest, there is always something in the work that surprises and prevails ”, admits the artist. Thus, the final finishing reflects the direct influence of nature, they have worked outside for several days, surrounded by Finnish lakes and forests.

The Time of Miracles will be on display for a month outside the museum. After that, the authors don’t know the fate of the piece. “We have an interesting show from an art center in Finland,” says Sanchez.

See also  I On Beauty – Living Beautifully and Luxuriously Beyond 50