Videos: Australia’s ‘red tide’ covers millions of bridges and road crabs on their way to the ocean 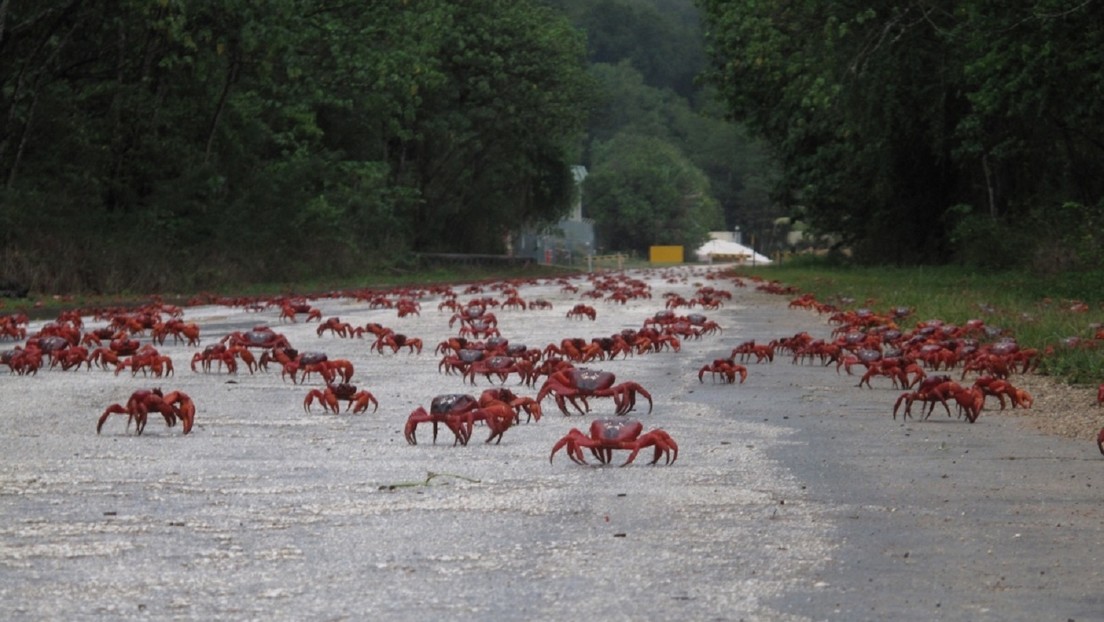 To protect the crabs on their journey and make sure they reach the water safely, some sections of the roads are closed in advance and special bridges are built.

Millions of Christmas Island red crabs (‘Gecarcoidea natalis’) in Australia have blanketed bridges and roads in the midst of their annual migration to the ocean to breed. This road on which crustaceans come out of wooded areas, as if a red tide, has become a sight for locals and tourists.

Their displacement begins after the onset of the rainy season, generally between October and November. The exact moment and speed of migration is determined by the phases of the moon, explain Parks Australia, the government authority that protects and manages the island’s fauna and flora, two-thirds of it constitutes a natural national park in its own right.

To protect the crabs on their journey and make sure they reach the water safely, some parts of the roads are pre-closed and built private bridges, where these animals can climb and overcome various obstacles. Those who want to witness this phenomenon should put their cars aside and walk carefully between them, as they tend to cluster together.

You asked for 📣, so we deliver. Please enjoy these shots # redcrabs On the #crabridge And about 🎅 Christmas Island 🦀🌉. One might say that… #crabrief 🥳 (We also have a very interesting collaboration in the pipeline 😉). Credit: Chris Bray Photography pic.twitter.com/1x2roQCnLj

While experts are often able to predict which path they will take, some crustaceans end up taking the roughest paths and perishing. however, Most of them managed to survive. Once ashore, male crabs – which usually arrive first – bathe in the sea to replenish moisture and go out to dig burrows. With the arrival of the female, mating begins. The males then dive into the water a second time before beginning their journey home. It is estimated that female crabs can produce Up to 100,000 eggs.