The U.S. Secret Service says it used pepper spray in a June 1 case near Lafayette Park 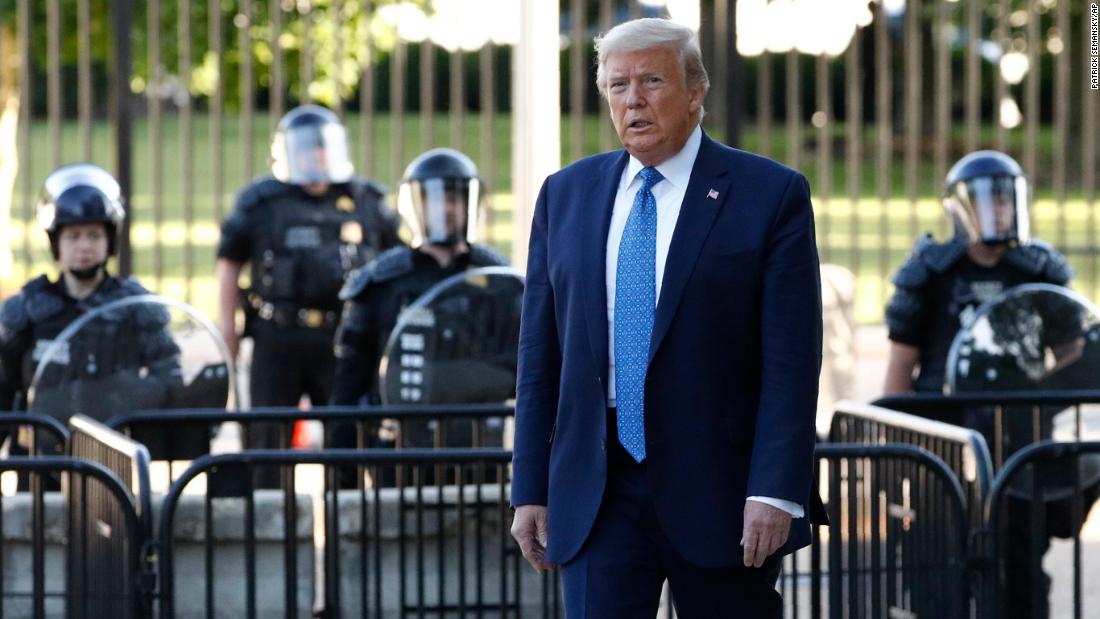 In a statement, the Secret Service noted that previously “information was released stating that the agency concluded that no agency staff used tear gas or capsule spray during efforts to secure the area near Lafayette Park on Monday, June 1, based on data and information available at the time. Since then, the agency has learned that one agency employee used a spray capsule (i.e., a pepper spray) during that effort. “

“The employee used oleoresin capsicum spray or pepper spray in response to the attacker,” the agency said in a statement.

Earlier this month, a U.S. park police spokesman said the department was wrong to deny earlier the use of tear gas to remove peaceful protesters from a public park in front of the White House on June 1.
Sgt. Eduardo Delgado, a spokesman for police at the park, told CNN on June 5 that he realized the department could call peppercorns used “tear gas” and that it was a “mistake” to say the force did not use tear gas during the operation.
Trump’s walk from the White House across Lafayette Square to St. John’s Episcopal Church that took place after authorities forcibly expelled peaceful protesters drew criticism from lawmakers and public figures, including former Secretary of Defense James Mattis.

The episode sparked national outrage, including in the district where Washington, DC Mayor Muriel Bowser denied what she described as an attack on protesters.