Videos. Algeria: An earthquake causes a lot of material damage in Bejaia 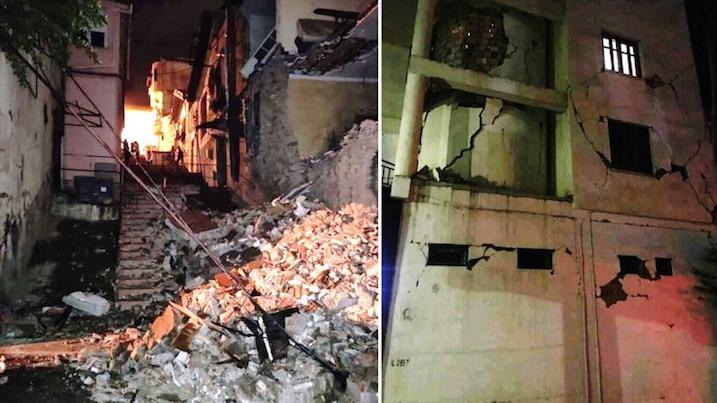 #Algeria The strong earthquake, measuring 5.9 on the Richter scale, shook the states of Bejaia and Jijel during the night, leaving many injured and causing great material damage. The shock also caused a panic. Many buildings weakened by the earthquake threatened to fall.

The strong earthquake, measuring 5.9 on the Richter scale, that struck Bukit and the Bejaia region, did not result in casualties, according to the Algerian authorities. However, this strong earthquake that occurred at 1:04 am, followed by ten aftershocks, left many injured and caused significant material damage. I was shocked in 12 neighboring states (Tizi Ouzou, Boumerdes, Algeria, Constantine, Bouira, Setif, Tipasa, Skikda, etc.) over a radius of 300 km.

In addition, the material damage in Bejaia is significant. In fact, many older buildings have suffered partial collapse and others are at risk of collapse.

Faced with this situation, President Abdelmadjid Tebboune decided to carry out all activities to monitor the situation prevailing in Bejaia. He also sent a delegation of four ministers headed by Interior Minister Kamal Beljoud to assess the situation.