VfL, S04, BVB: These Revier professionals are on an international flight 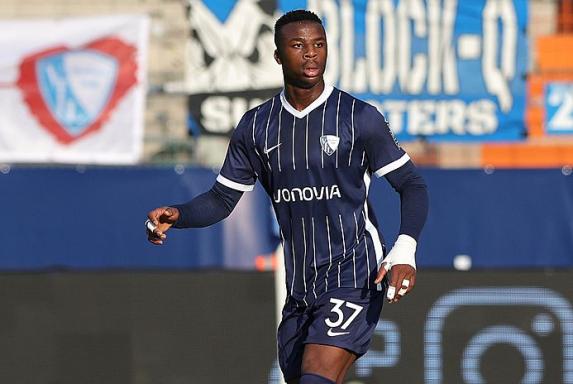 A total of 19 professionals from the football region will be in service for their national teams in the coming days. Overview.

The international second half is at the beginning. On Friday, October 8 (8:45 p.m.), the German national team will get to pick Romania at the Volkspark in Hamburg. There will be too Borussia DortmundCaptain Marco Reus. The 32-year-old has been re-appointed to the German Football Association by national coach Hansi Flick.

Stafylidis meets in Bochum with Greece, Georgia and Sweden

In the VFL Bochum In the meantime, five pros are on an international tour – including Kostas Stavelidis (Greece), Takuma Asano (Japan), Silver Ganvola (Congo), Armel Bella Koschap (Germany U21) and Tejark Ernst (Germany U19). As part of the World Cup qualifiers with Greece, Stavelidis will face Georgia (October 9, 6pm) and Sweden (October 12, 8:45pm), Takuma Asano is only in Saudi Arabia (October 7, 7pm with Japan selection) and then in Home vs Australia (October 12, 12:15 p.m.).

U20 coach Wörns counts on Edin from Schalke again

The national team of Schalke 04 They are still Malik Thiau (Germany U21), Viktor Palson (Iceland), Ko Itakura (Japan), Darko Churlenov (North Macedonia) and Mehmet Aydin (Germany U-20). The latter was named for the second time in a row by Germany U20 coach Christian Wuernes.

A quick look at the current national players from Bochum, Schalke and Dortmund: