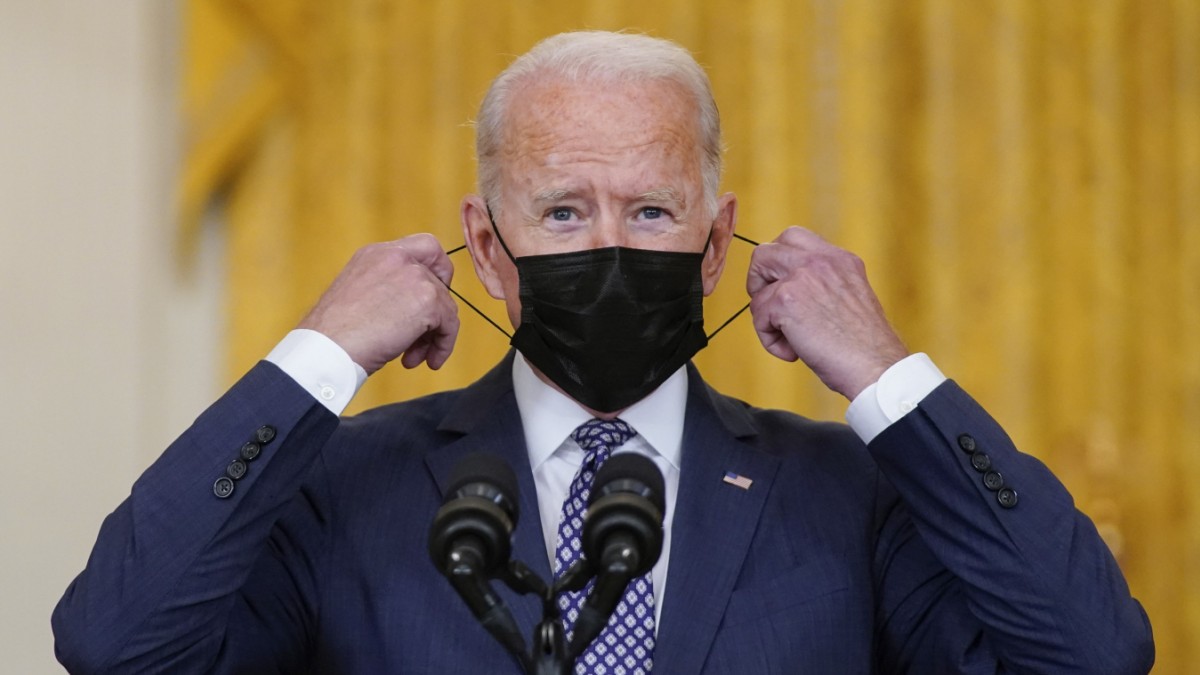 Americans are lazy about vaccinations. Only 63 percent of people in the United States over the age of five for whom an approved Covid vaccine is available are vaccinated. The proportion is slightly higher among adults – 71 percent. In other words, there are still millions of defenseless Americans who get infected, get sick or die. The country is currently calculating an average of nearly 900 Covid deaths each day. With more shutdowns politically unenforceable, President Joe Biden is trying to fight the pandemic with another tool: with mandatory vaccinations as much as possible. In doing so, however, he faces legal problems.

It is relatively indisputable that Biden could require US federal government employees, including all soldiers, to be vaccinated. He did – vaccinating more than 90 percent of American civil servants. It is not much clear what powers the White House has to enforce vaccination for people who work for businesses and private, municipal or state institutions. For example, there are many individual school districts in the United States that require their teachers to be vaccinated. But there is no mandatory nationwide vaccination of faculty – the school system is in the hands of the provinces.

In particular, the White House has come up with two ambitious projects to increase vaccination rates. On the one hand, it has made vaccination mandatory in the health care system. Almost all clinics or care facilities that receive funds from the federal budget — nearly all — must have their staff fully vaccinated by the beginning of January. Otherwise, they threatened to withdraw their money. In total, about 10.5 million employees were affected by this regulation.

But a federal court on Tuesday blocked the plan for the time being. It was the task of Parliament, not the President, to have several million citizens vaccinated—provided that this obligation to vaccinate was ever constitutional.

This ruling is not a good omen for the second part of Biden’s vaccination plan, which should go much further than that: The White House wants to require all private companies employing more than 100 people to vaccinate their employees by early 2022. This is a major life assault. Economic would affect tens of millions of people. But according to the US government, the federal agency responsible for occupational safety, the Occupational Safety and Health Administration (OSHA), can order it. The judges, of course, see it differently: The court has also halted this vaccination regulation.

This leads to a fundamental problem: because judges only rule because complaints have been filed against the obligation to vaccinate. These lawsuits, in turn, are usually brought by the Republican governors of conservative states such as Louisiana or Texas. For a long time, they have been fighting against nearly all state-specified measures aimed at containing the pandemic – whether it’s curfews, school closures, the obligation to wear a mask or vaccination regulations. Ultimately, therefore, the Washington Supreme Court will probably have to decide whether Biden can force Americans to vaccinate.