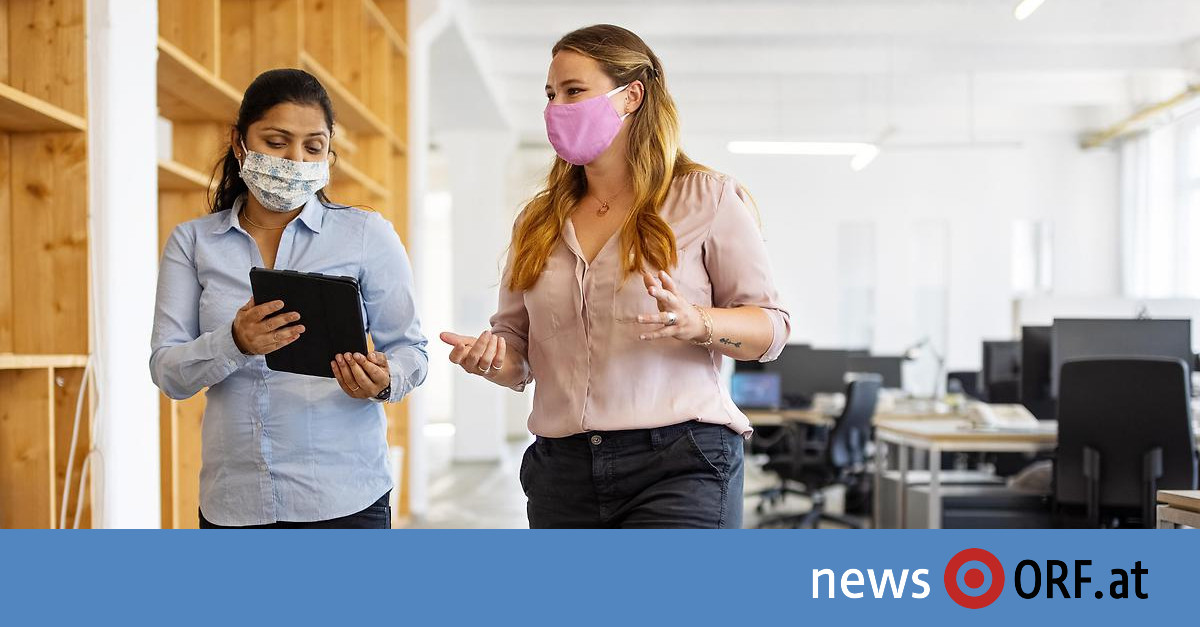 The online retailer announced Thursday (local time) that September 7th is planned to be the date back to Amazon’s offices, and now it’s January 3. In principle, this also applies to other countries where the return is planned for September. The actual return also depends on local conditions, Amazon wrote in its letter.

“We will continue to follow the advice of local authorities and work closely with senior health professionals to obtain their advice and recommendations and to ensure that workplaces are optimally adapted to keep our employees safe,” she said. Employees who came to the office in the meantime will still have to wear a mask or prove that they are fully vaccinated against the coronavirus.

About a million Amazon employees

Depending on the season, Amazon employs about a million people, but only some of them have a classic desk job. Many employees work in logistics centers and in delivery – for them, working from home is, of course, not an option.

How does the breakthrough in vaccination rates happen?


In the United States, due to the delta variant of the coronavirus, the number of new infections has increased from about 10,000 in June to an average of 90,000 more recently. Therefore, many large US companies, including those in the financial sector, have postponed the return of their employees to work from the office, which is often planned in the fall, for a month or more.

Big IT companies rely on vaccination

Unlike Google, Facebook and Microsoft recently, Amazon has not yet imposed vaccination requirements on its employees. Microsoft only announced Thursday that it will, in the future, require proof of vaccination when returning from the home office to the office. It is necessary for “all employees, suppliers, and guests who enter a Microsoft building”.

Employees who cannot or do not want to be vaccinated for medical or religious reasons are exempt from the obligation to vaccinate. According to its own information, Microsoft does not expect to fully reopen its offices in the USA until the beginning of October at the earliest.

Google, Facebook and Uber also announced last week that workers will have to be vaccinated against the coronavirus when they return to the office. Also in Uber, employees remain in the home office until at least the end of October, where possible, Google has postponed their return until mid-October. Apple has also postponed the return to the office, as recently as October.

US companies can order vaccination

US law allows employers in the country to request that their employees be vaccinated. This includes Disney Entertainment, which has given its employees in the United States 60 days to fully vaccinate. Disney has about 200,000 employees worldwide, half of whom work in the two largest US theme parks in Florida and California.

Facebook said that implementing mandatory vaccinations for employees in US offices will depend on “local conditions and regulations.” Google chief Sundar Pichai said the regulation will initially affect the United States, but will also apply to other regions in the coming months, provided vaccines are widely available. The advances of large IT companies can also increase pressure on others to require their employees to be vaccinated in the future.

CNN has fired employees for lack of vaccination

As US media reported, three CNN employees were recently fired for violating vaccination requirements. Several media outlets quoted an internal statement from CNN President Jeff Zucker to employees Thursday that the company learned of three employees in the previous week who came to the office without being vaccinated. Then they lost their jobs.

CNN said it had a “zero tolerance policy” on the subject, according to the letter, extracts of which were posted. Who are the victims and what positions they hold remained unclear. CNN initially did not comment on the request. The broadcaster had previously acted on the basis of trust. He asked his employees to be vaccinated against the coronavirus, but without evidence. According to Zucker’s words, this may change in the future.

The US government is working with gentle pressure

The US government itself is reluctant to impose a general requirement for vaccination. But at the end of July, President Joe Biden announced a series of measures that also constitute a de facto mandatory vaccination in the state sector. In the future, unvaccinated civil servants will have to wear masks at all times and test themselves regularly.

The regulation for more than two million civil servants in government also applies to contractor employees who work in government institutions. It is also said that unvaccinated employees are subject to strict business travel restrictions.

In the United States, the popularity of vaccines has recently declined significantly, not least due to the resistance of opposition Republicans in some US states, including Florida. Every fourth coronavirus patient is in a hospital in the US state – even though only seven percent of the US population lives in Florida. Almost every fifth coronavirus test is positive. 49 percent of the population is vaccinated, in Texas just under 44, in Louisiana and Arkansas 37 percent, and in Mississippi 35 percent. Nationally, the rate is about 50.

Biden said some state governors were not willing to do the right thing and he specifically mentioned Texas and Florida. Biden urged that “if you’re not helping, at least avoid people who are trying to do the right thing.” Florida Governor Ron DeSantis opposed this: Biden’s policy would lead to a “Biomedical Security State.” He believes that Biden’s lax policies on the border with Mexico are partly responsible for the contagion.