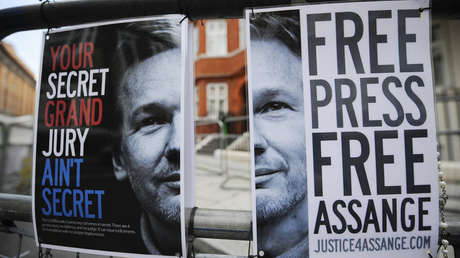 According to yesterday’s ruling at the Royal Court of Justice in London, the US may file a counter-statement on Julian Assange’s mental health in court. Scientific opinion assessments about Assange’s mental state led the British court to ban extradition. The United States had filed an extradition request for the WikiLeaks founder against the British government so that he could be tried in the United States for cybercrime.

On humanitarian grounds, Judge Vanessa Paritzer refused to allow Assange’s extradition in January. There is a risk that he may take his life if he is turned over. The basis for this decision was the opinion of psychiatrist Michael Kopelman, who had confirmed that the Australian had poor mental health.

Judge Tim Holroyd has now allowed the US side to respond. Assange’s relationship with Stella Morris and their two children should play a central role here. In addition, psychiatrist Kopelman should be blamed for bias regarding the procedure.

The WikiLeaks co-founder remains in detention at least until the end of the appeal process at Belmarsh Prison, a high-security facility typically used to house particularly brutal criminals. The hearing of the US appeal over the UK’s refusal to extradite is scheduled for October.

See also  Japan extends the state of emergency for one month