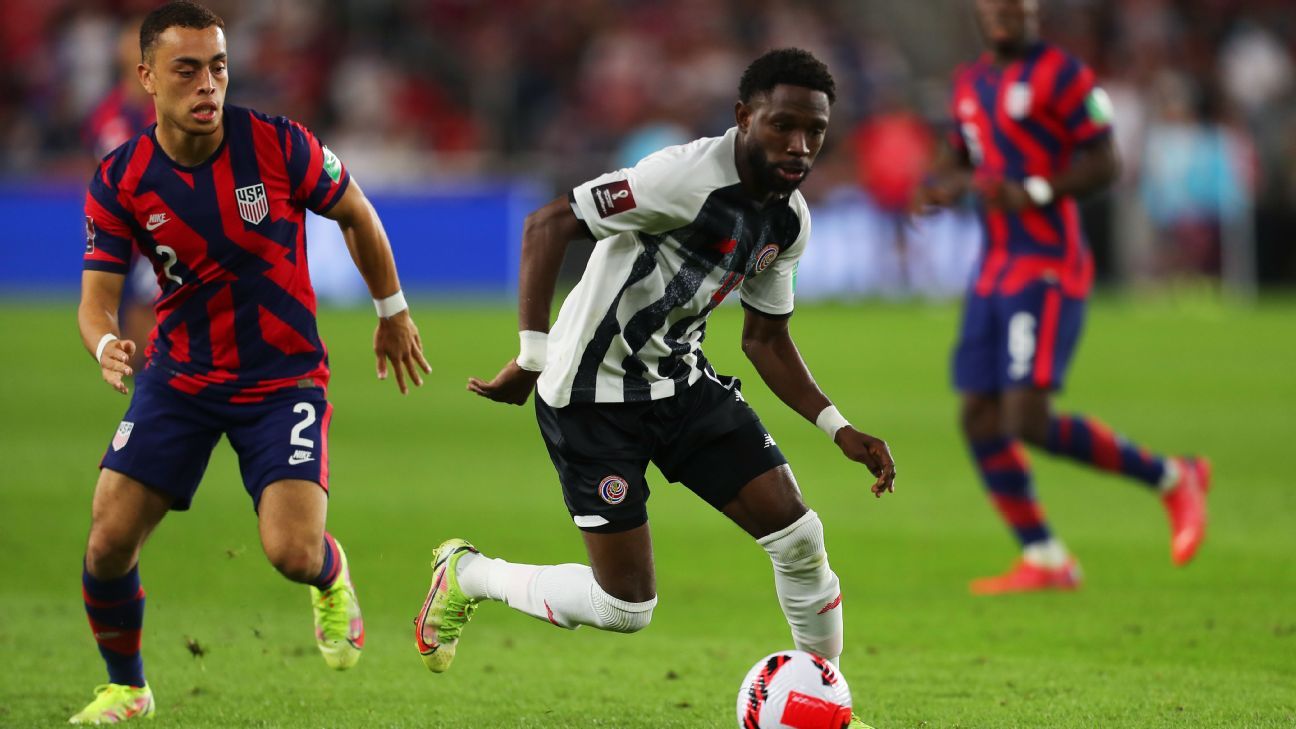 COLOMBUS, (EFE) – The unfortunate failure of reserve goalkeeper Lionel Moreira on Wednesday condemned the Costa Rican national team at Lower.com Fiel in Columbus and secured a 2-1 victory for the United States that were poised to return to the top of the league. CONCACAF World Cup Qualifiers.

In the first minute of the match, Costa Rica went ahead with a goal from Keysher Fuller, and it looked like the pupils of Colombian Luis Fernando Suarez would start to reclaim the ground they lost from the bottom eight rankings for the 2022 World Cup.

Ticos then sought to defend the advantage at any cost, but Stars and Stripes advanced with their lines and found an equalizer in the 25th minute via Sergiño Dest.

In the second half, the United States increased their pressure on the goal that Keylor Navas left due to physical discomfort and gave Moreira guardianship.

In the 66th minute, a crude defensive check was the start of the play that ended in Graval’s failure for the goalkeeper and the ball into his own net.

The United States reached 11 points after six days and Costa Rica, with 6 points in the background

The next day, November 12, the seventh, the United States will host Mexico and Costa Rica will visit Canada.