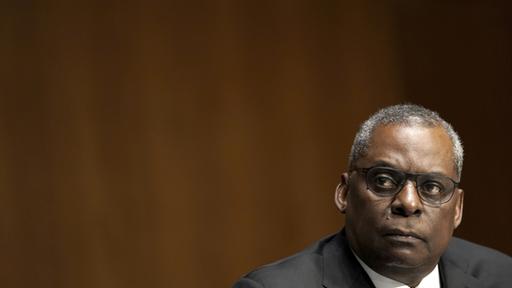 The US Senate has confirmed Lloyd Austin as Secretary of Defense. He is the first black man in the office. Just a few hours later, he was on the phone with NATO chief Stoltenberg and had good news ready.

It’s the first significant success for the new president, Joe Biden: The Senate has approved his Secretary of Defense, Lloyd Austin, with 93 votes out of 100.

It wasn’t the move, of course. In order to be allowed to hold the position of President of the Pentagon, Austin first needed special permission from Congress. Because the former four-star general was a civilian for only four years and not actually the prescribed seven years.

Some Democrats criticize this, too – just like his later work as a senior manager at Raytheon Arms Company. So Austin got far fewer votes to be excused.

Austin led the campaign against ISIS under Obama

Austin is the first black man to hold the position of Secretary of Defense. He is 67 years old and he is a graduate of West Point Military Academy and has been a soldier for 41 years. As head of the US Central Command, he led the latest operations against ISIS on behalf of the Obama administration.

Austin is the first minister to be confirmed by the Senate. The new coordinator of US intelligence services, Avril Haines, has already got the green light. Next, the Senate wants to vote on Secretary-designate Anthony Blinken and new Treasury Secretary Janet Yellen.

Austin makes his first phone call to the head of NATO

Shortly after taking office, Austin made an “unwavering commitment” by the United States to the Transatlantic Military Alliance. Austin wrote this on Twitter about his first phone call on his new job, which he had with NATO Secretary General Jens Stoltenberg.

Stoltenberg tweeted that he had a “wonderful discussion” with Austin about shared values ​​and challenges. “I look forward to working closely with him to strengthen ties between Europe and North America through NATO.”

Under Biden’s predecessor Donald Trump, the relationship between the United States and NATO was extremely strained. Regardless of the consequences, Trump has repeatedly raised doubts about whether the United States will fulfill its obligation to provide emergency military assistance. Additionally, there was an uneasy announcement of the withdrawal of American forces from Germany and other unilateral efforts. To the horror of the Allies, Trump threatened to leave NATO.