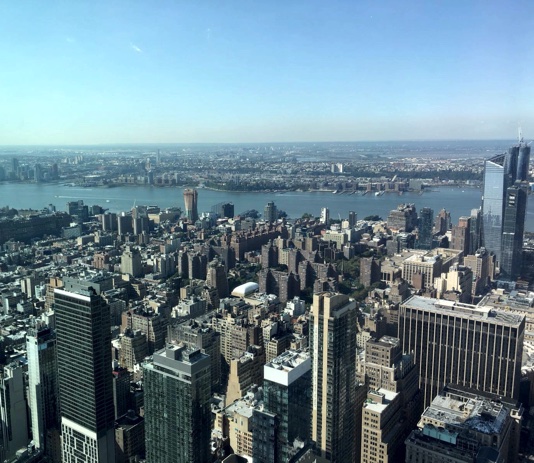 San Luis Obispo (USA). Preliminary data from the ten-year US census indicate fundamental changes that will be the subject of new programs for the two major political parties but have consequences for the entire country in the near future but also over the next ten years when the next count takes place. Both parties can smile with the statements. For Democrats, urban population growth is beneficial, but Republicans can also look optimistically at population increases in many of the “red”, that is, conservative states, in the South.
Over the past decade, the US population has grown from 308 to 332 million, about 8 percent. The number of people over the age of 65 has increased from 13% in 2010 to 16.9% today for a total of 56 million people. The country is getting old. The median age in 2010 was 37 compared to a median of 38 in 2020. The number of whites decreased from 63 (196 million) to 57% (191 million). Hispanics now account for 19% of the population, African Americans 12% and Asian Americans 6%.
An overview of these numbers should worry Republicans, who have focused their efforts, especially under the leadership of Donald Trump, on getting their support almost exclusively from white voters. On the other hand, Democrats with Barack Obama in 2008 and 2012 and Joe Biden in 2020 formed a coalition of minority groups that also includes white voters.
This path to coalitions for electoral victories is also supported by the latest census indicating multi-ethnic growth. Individuals who consider themselves part of more than one race grew from 9 million in 2010 to nearly 39 million in 2020, an increase of 276%. Another fact that should make Republicans think is the increase in the urban population, the Democratic strongholds, which grew by as much as 9% from 2010 to 2020. 86% of Americans now reside in urban areas. These urban areas tend to be more productive, more tolerant, more diverse, and favor the Democratic Party. On the other hand, rural and peripheral areas tend to vote Republican.
When you delve into the numbers, Republicans have reasons to smile, too. Some “red” states have seen an increase in population and will have more seats in the House of Representatives. Texas, whose population has increased by 4 million (16%), will have two more seats for a total of 38. Also note that 2 of the 4 million new residents are Hispanic which could be a bad point for the Republican Party. To vote for the Democratic Party. Also relevant is the fact that 50% of the population of Lone Star State is Hispanic. Florida, North Carolina, Montana and other “red” states will get an additional seat. “Blue” states, i.e. liberal ones, such as California, New York and Illinois will lose one seat each. In the case of New York, this is a steady decline that began in 1940 when the state had 45 seats in the House of Representatives compared to the current 26.
The advantage of the Republicans beyond the new seats remains to reshape Congress and even state districts where the Republican Party can dictate the law. To a large extent, provincial changes are in the hands of state legislatures with minimal guidance from the federal government. Approximately 761,000 citizens are required in each district, considering 2020 census data. Republicans will control redistribution in 180 counties while Democrats only 75. The remaining 167 regions will be reconstituted by independent committees aimed at objectivity. Provinces have historically been designed to maintain a certain majority of one party or another with few exceptions for competitive districts. For Republicans, this is a good opportunity in light of the 2022 midterm elections but they need to be careful because the new districts will remain in place until the next 2030 census.
However, the important fact that goes beyond electoral competitiveness is more important for the country. The rate of population growth in the United States from 2010 to 2020 reflects a slowdown not seen since the Great Depression of the 1930s. A fertility of 2.1 percent is required to keep the population stable, but the population growth rate in the United States has fallen to 1 percent. , 73. A phenomenon that occurs in many industrialized countries even if the global fertility rate in 2020 is 2.4%. It is clear that an imbalance is created which can be corrected by moving people from countries that are overcrowded to those where the population is shrinking. Obviously, this is immigration, which Republicans generally oppose while Democrats support. Canada does this by importing labor from abroad according to the needs of the different provinces. An example the United States could follow to maintain a vibrant economy.

* Domenico Masseri is Professor Emeritus at Alan Hancock College, Santa Maria, California. Some of his articles have won awards from the National Association of Hispanic Publications.