United States of America. Biden wants to “correct the mistakes of the previous administration”. Immigration reform is proposed 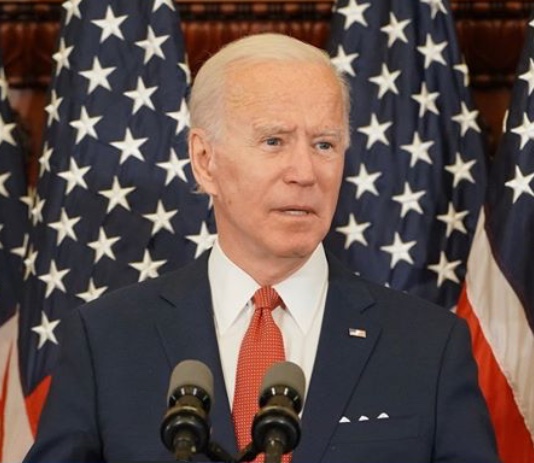 San Luis Obispo (USA). Speaking with “enthusiasm” to cooperate with leaders of the two chambers to correct the “violations of the previous administration and restore justice and order,” US President Joe Biden announced his intention to introduce a new immigration reform.
31 years have passed since the last reform, which occurred in 1986 during the Ronald Reagan administration, which settled the status of 3 million immigrants who entered the United States without legal permission, and opened the door to them on the path to American citizenship and integration. Then there were small attempts to improve it, but without success. The attempt almost materialized in 2013 was through bipartisan reform led by a group of eight senators from both parties, and the Senate approved it by 68 votes to 32 against. The bill eventually sank in the House as then House Speaker John Boehner, after succumbing to pressure from the far-right Tea Party, did not put the proposal to a vote.

Barack Obama had hoped to pass this bill and worked for it, but after accepting defeat in the House of Representatives, he attempted to act without the help of the legislatures through an executive order, called DACA (Deferred Action on Childhoods). The decree granted temporary residency to “dreamers,” young people whose parents brought them to the United States without legal permits. They are called “dreamers” because they legally yearn to be who they really are, that is, Americans since their growing up in the United States, knowing nothing of their parents’ country of origin. Donald Trump tried to repeal Obama’s edict, but the Supreme Court eventually tied his hands, and the program continues to this day.
In the 2020 election campaign, Biden promised to introduce immigration legislation for the first 100 days of the administration. The newly announced bill fulfills its promise, and is not much different from the 2013 bill. It includes regularizing 11 million illegal immigrants who arrived before 2021, but wants to avoid encouraging new individuals to enter the country without documents. “Dreamers”, agricultural workers and individuals who benefit from TPS (Temporary Protected Status), a temporary permit for foreigners whose deportation may put them at risk in their home countries, can apply for citizenship within three years. Others have to wait eight years. Every person should be examined and have a clean criminal record.

Once the program was announced, some Republican senators called it an “amnesty,” a fact that precluded their support. They apparently forgot that Ronald Reagan, their Republican hero, did the same in 1986. There is also a great deal of hypocrisy: One of the strongest opponents of Biden’s proposal is Marco Rubio, a Florida Republican, who was one of eight Senators who promoted For the 2013 reform. But now, the great old party (GOP) has transformed from a protector of free enterprise to a party dominated by former President Donald Trump’s cult and anti-immigration policy. Recent polls confirm that the former president continues to dominate the party’s ideology despite the strong dissenting voices represented by Mitch McConnell (Senate) and Liz Cheney (House of Representatives), who have distanced themselves from Trump and later tried to marginalize him.
Rubio’s reaction leads us to assume that Biden’s proposed reform will have very serious difficulties getting the 60 votes in the Senate so that we can come to the vote. Partial wording of the proposal could include some common components such as citizenship for “dreamers” and inclusion in the coronavirus stimulus package. Biden does not appear to be on this path at the moment. Another possible way is to decompile the program by dividing it into easy-to-digest “morsels”. Citizenship with the “dreamers” will be popular, with 70 percent of Americans supporting it.

Nonetheless, Biden is already beginning to reverse the more extreme ingredients his predecessor wanted: Asylum seekers do not have to keep waiting in Mexico, as stipulated by the agreement signed by Trump and Mexican President Andres Manuel Lopez Obrador. The construction of the wall has been suspended on the southern border and even the sign language of immigrants has been humanized, and residents without legal documents are no longer referred to as “foreigners” (foreigners or aliens from other planets), but rather “non-citizens” and “” Neighbors, “friends” and “community members”, as 11 million of these individuals are already in the country. Their contribution is large and their absence would devastate the economy and their families, many of them are “mixed” because they include native-born members and legal US citizens. These are American individuals who will not “deport themselves”, as Mitt Romney, the presidential candidate in 2012 suggested. It is no coincidence that Biden’s bill was introduced in the House of Representatives by California parliamentarian Linda Sanchez and in the Senate from By Bob Melendez from New Jersey. The first is the sixth of six children of Mexican immigrants from Southern California and the second is the son of Cuban parents.
The road to approval of Biden’s immigration proposal is certainly arduous given the need for 60 Senate consensus. The Republican Party’s shift to the far right, with the influence of xenophobic ideas still being a reflection of Trump’s four-year term, does not allow much hope. Nevertheless, Biden has the great advantage of reaffirming immigration as an added value to the country, contrary to the vision of former US President Trump.

READ  But the credit is (still) to Trump

However, Biden continues to act alone. His latest executive order that ended Trump’s ban on “green card” applications, legal entry permits, has been canceled, without the need for legislative action. Implementing comprehensive immigration reform will be more difficult.

* Domenico Masire is Professor Emeritus at Alan Hancock College, Santa Maria, California. Some of his articles won awards from the National Association of Hispanic Prints.