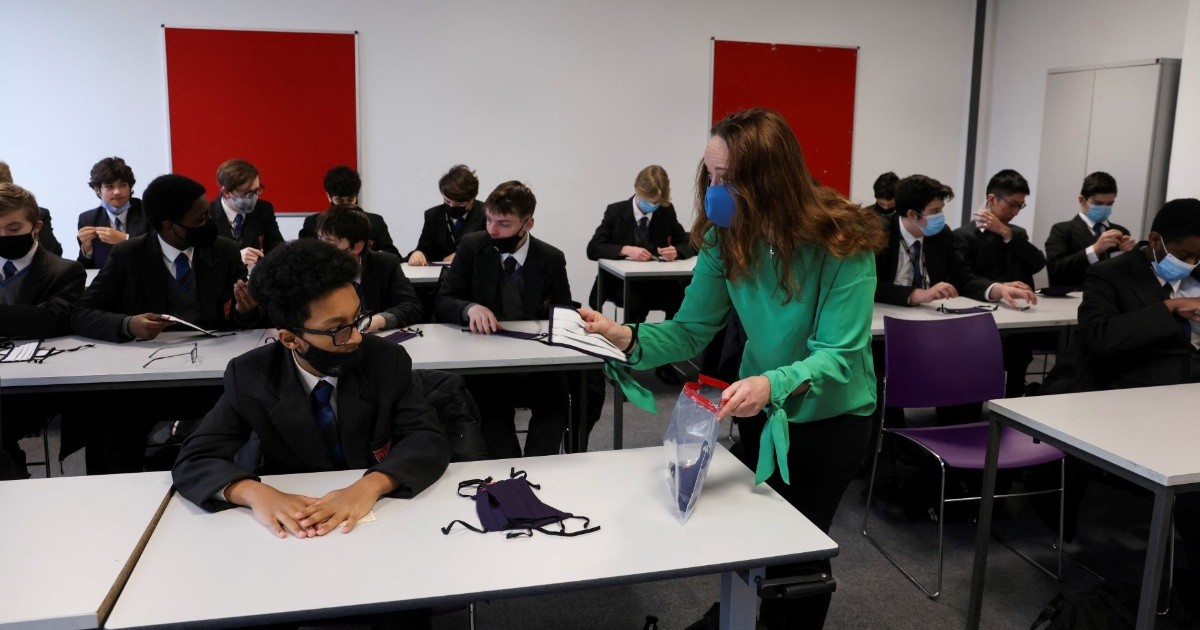 British Education Minister Nadim Al-Zahawi said on Sunday that children in secondary schools in England will be urged to wear face coverings when they return from Christmas holidays next week, to deal with the rising Omicron cases of coronavirus.

“We want to maximize the number of children in schools for as long as possible,” he said in an article published in the Sunday Telegraph.

“One additional and temporary measure that will help achieve this in the face of the micron increase is to recommend that face coverings be worn in high school classrooms and teaching settings for the next few weeks, but not for longer than necessary.” he added.

England was the only country of the four in the UK where face shields were not previously advised to be used in the classroom.

With the number of daily infections soaring to record levels and a commitment to isolate people who have tested positive for at least seven days, schools and other public services are facing staff shortages.

The government has asked public sector managers to prepare for a worst-case scenario, with 25% of employees absent in the coming weeks.

Al-Zahawi said some distance learning will be necessary, given the number of students and teachers who will have to self-isolate.

However, he added that face-to-face teaching will continue to be the expected norm and that exams will take place as planned this month.

See also  Lewis Hamilton: “I walked the sport on my own,” the Formula One champion said after winning the title.