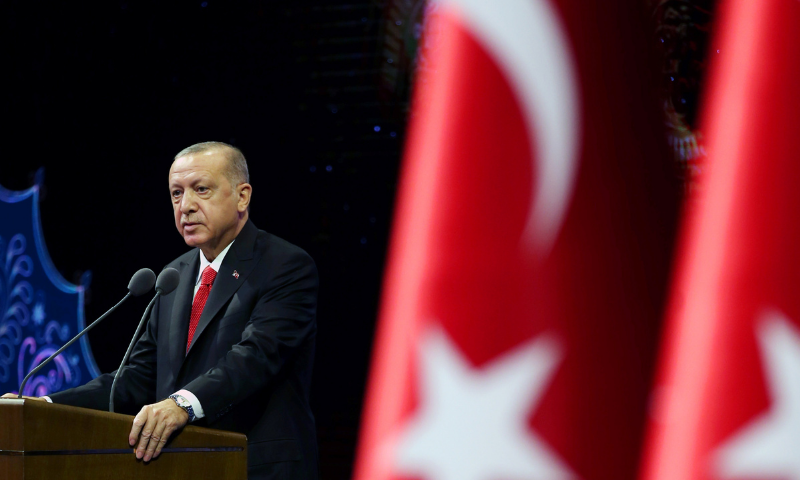 On Monday, Turkey condemned the beheading of French language teacher Samuel Patty after France expressed disappointment that Ankara was not officially condemned.

We strongly condemn the brutal murder of Samuel Patty in France and reject this barbarism. A spokesman for Turkish President Recep Tayyip Erdogan said, “There is nothing legitimate in this killing Ibrahim Kalin tweeted.

Patti was assaulted on the street and killed two weeks ago for showing his students caricatures of the Prophet Muhammad (PBUH) during a semester on freedom of expression.

After Erdogan repeatedly called for Macron for psychological tests, Paris responded by calling its ambassador to Ankara.

On Sunday, French Foreign Minister Jean-Yves Le Drian expressed his disappointment that Turkey had not issued a conviction for the killing of the teacher.

At the same time calin defend Muslims were angry at the cartoons of the Prophet Muhammad, may God bless him and grant him peace.

“Some people may not understand how we love our Prophet more than ourselves. They may not turn their heads about how we view insulting him as an insult to us.”

“They might call our affection“ bigotry. ”That’s their misfortune,” Kalin said.

He added, “We will explain it to them persistently and in the best possible way.”

After Le Drian’s remarks on Sunday, the Turkish Foreign Ministry said the country was “grieving” at the death of Bati, a message it conveyed to French authorities, its ambassador in Paris.

Meanwhile, Turkish President Erdogan on Monday joined calls to boycott French goods, which led to an escalation of the confrontation between France and Muslim countries over Islam and freedom of expression.

Erdogan led the indictment against President Macron for defending mockery of religion as part of freedom of expression in the wake of the killing of a teacher.

On Monday, the Turkish leader added his voice to calls in the Arab world for citizens to reject French goods.

During a televised speech in Ankara, Erdogan said: “Do not give credence to goods bearing French marks, and do not buy them.”

French goods have already been withdrawn from store shelves in Qatar and Kuwait, among other Gulf states, while people in Syria have burned pictures of Macron and French flags were set ablaze in the Libyan capital, Tripoli.