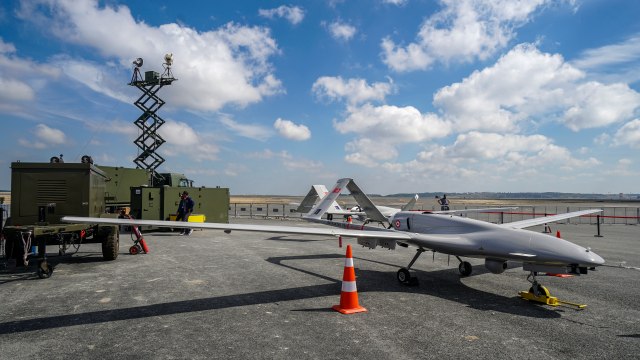 After launch, the first missile intercepts the Turkish drone with its thermal sensor and monitors its incoming movement. And just when the missile is expected to collide with the drone, does it change its course, leaving the Bajraktar TB2 intact. Something similar happened with another missile.

Russian military experts explained why the two missiles did not “survive” the Turkish drone, despite its successful interception, according to Dnevni Avaz.

According to them, the reason is simple, Bajraktar TB2 has an ideal system for conducting electronic warfare. When the missiles approached the drone at an optimal distance, their protection systems were activated and managed to “burn” the electronic guidance panel. This automatically means that the temperature sensor is no longer working and the missile does not see the target.

The Bajraktar TB2 is a Turkish medium- and long-range unmanned aerial vehicle capable of remote control or autonomous flight operations.

It is produced by the Turkish company Bajkar, primarily for the Turkish Air Force. The drone is monitored and controlled by the team at the ground control station, including the use of weapons, via the Turksat satellite.

Selcuk Bagraktar, a former student at the American University of Massachusetts Institute of Technology, is largely responsible for the development of Turkish aircraft.