Turkey and the European Union are trying to get closer 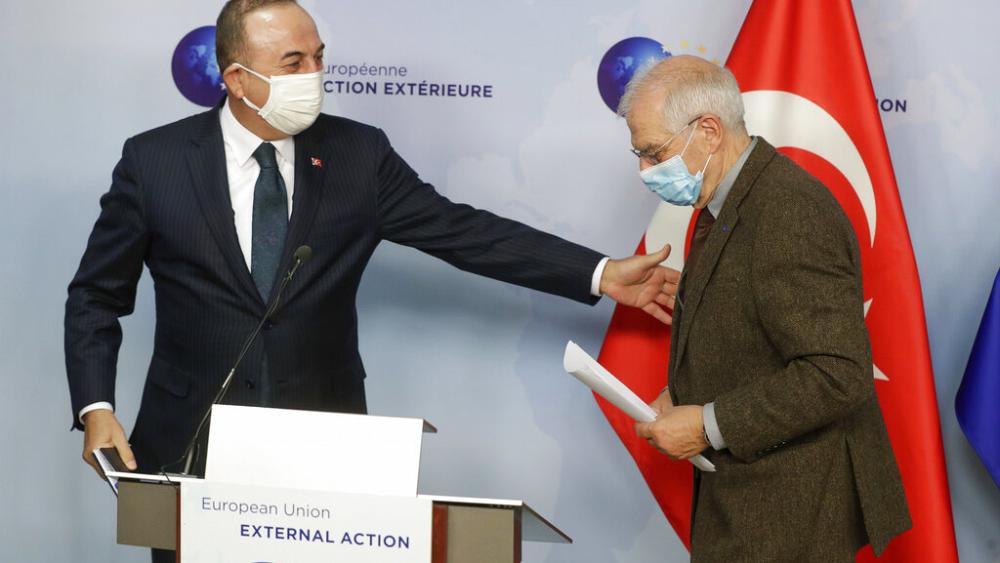 Turkey is trying to revive its strained relations with the European Union Thursday, and the foreign minister visited Brussels on Thursday to talk about a positive agenda that includes immigration, visa liberalization and the modernization of the customs union.

However, many doubts remain about Ankara’s role in the conflicts in Syria and Libya, not to mention the tensions in the Mediterranean.

Turkey’s Foreign Minister Mevlüt Çavuşolu admits that “2020 has been a problematic year in terms of bilateral relations between Turkey and the European Union.” “This had repercussions for the European summit in December and the related joint declaration. But since then the two sides have expressed their desire to create a positive atmosphere for the development of relations between the two sides,” he added.

On the other hand, Josep Borrell, the EU’s high representative for foreign affairs, talks about a step forward.

“We welcome the resumption of exploratory talks between Turkey and Greece. We very much hope to see a significant reduction in the escalation in the eastern Mediterranean and the surrounding region,” he added.

Turkey may change its approach in the wake of US sanctions imposed to deploy a Russian-made missile defense system.

Former NATO Secretary General Anders Fogh Rasmussen argues that a change of administration in the White House is at the heart of Erdoga’s new approach.

“There is no reason to hide the fact that Turkey has created many problems by buying and flexing Russian military equipment incompatible with NATO’s equipment in the Mediterranean, Libya, Syria, etc. But we need a close alliance with Turkey. I think the election of President Biden. It has created a new situation Erdogan realizes that with Trump out of the game he no longer has an ally in the White House, so he must behave well.

See also  The United States "transformed" the Silk Road by investing in Greek ports. While you are in Italy...

Meanwhile, European sanctions imposed on Turkey by European leaders in December due to illegal exploration operations in the Cyprus Maritime Economic Zone are still in place.