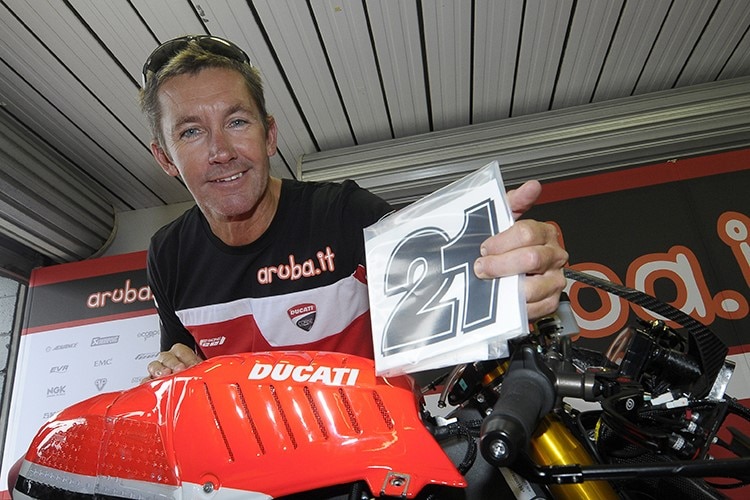 With three titles and 52 races, Troy Baylis is the third most successful Superbike bike racer in the world after Jonathan Rea and Karl Fogarty. The Australian tells what has changed over the past few years.

Only three musketeers have won more than two titles and over 50 races in the World Superbike Championship: three-time champion Troy Baylis with 52 wins, Karl Fogarty with four titles and 59 wins, and Jonathan Rea with best golds and 99 wins.

Payless has lived in Australia since his retirement from the World Cup after the 2008 season. In 2015, he briefly returned and competed in the first four SBK races for the Ducati Factory Team in Phillip Island and Thailand.

In 2019, he rode in the Australian Superbike Championship for the last time, but suffered a complex fracture of his middle finger in his right hand in the first race, and was left for the rest of the season, and since then he has taken care of the Ducati racing team and the career of his son Oliver (17).

Troy Bayless remains one of the most famous Superbike pilots, and Ducatisti is still active when his name is mentioned. Very stylish: The 52-year-old has always stayed with both feet on the floor, is friendly to everyone and has never seen himself as special.

“Every sport comes to the next level at some point, including SBK and MotoGP,” Payless said. “We used to drive hard, but today it seems to me as if the drivers often overstep their limits. This leads them to harm themselves even more. Today we are driving hard, always at the limit or higher – that’s crazy. Many young drivers come in. It was difficult to get a place in a good team and keep it. I can imagine that it is more difficult today. But this is the way business works, and also in racing. “

From the mouth of Payless, who has never backed away or given up, such an assessment is particularly difficult. The man with number 21 smiled at first: “I probably was just like me by nature, but I was never angry at anyone. Sure I shouted at someone once, but after the races it was all forgotten.”

Bayless competed in racing for nearly 25 years, from 2000 to the end of 2008 in the MotoGP and Superbike World Championships. “I started racing in 1996 on Kawasaki at the Australian Superbike Championships,” he recalls. “The following year, I drove a Suzuki, and then I went to BSB, which I won in 1999.”

Much has changed since its inception, with more and more e-assistants. “I wouldn’t say we have a lot of electronics today,” Payless noted. “I see the world has changed a lot. Today you drive in different clothes, the race tracks are safer and the drivers are faster and faster. Today’s bikes have so much power that you need the electronics to control them. You have to work a lot with your electronics engineers today; In the past it was most important to find a good setting for your suspension elements. Some problems that had to be solved with electronics can now be avoided. “