Tourism, 15,000 places are at risk between now and the end of the year: most of them are women 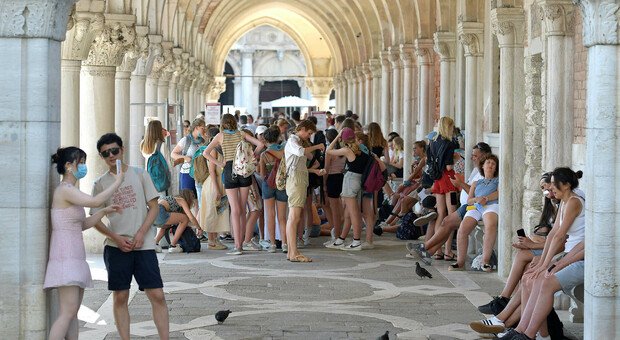 Venice – approx 15 thousand jobs At risk between September and December 2021. Confesercenti Metropolitana Venezia and Rovigo sounded the alarm for the historic city, outlining how the costs would be paid qualified person (53% of the total has more than five years of seniority in the company) and in particular the female world, which makes up 70% of tourism-related workers. Of course, the association, referring to the general business and trade sector, to hospitality companies, travel agencies and leasing, is an expectation. Needless to say, the pandemic has something to do with all of this, without thinking about the 28 weeks of social safety nets that will soon be over. But the negative sign does not stop there: between May and August of this year, the number of professions counted by Confesercenti, in the context of public institutions, stabilized at 27 thousand, while in the same time period back to 2019 it was 30 thousand. The situation for hospitality companies and agencies does not change: if the number of employees between May and August 2021 in the first case was 12600 compared to 21 thousand in 2019, in the second case 1300 instead of 12700.

Eloquent figures, most notably Emiliano Peraco, coordinator of the Confesercenti Metropolitana in the Historic Center, provide more data, the result of Istat and Cgia di Mestre «and our sectoral studies, focused on Venice. If the turnover for public companies is 500 million in 2019, then in 2021 it stopped at 160 million between January and August (the last month, derived from a rough estimate).”
And again, 741 million in pre-pandemic stage for the hospitality sector, compared to 296 this year, and 1541 compared to 23 for travel agencies. “A decrease in the total turnover is equal to 65%, if compared to 2019, which translated means an approximate loss of 916 million euros.” Then, thanks to the region’s data and the tourist observatory, the analysis deals with the arrivals area and presence in the municipality between January and August.

budget? “Compared to mountains, coasts and lakes, artistic cities have not benefited much from the economic recovery,” says director Maurizio Franceschi, who hopes to increase the quality of tourism for the historic center, linked to major events that modify the show. “The characteristic of a typical rifle requires special legislation. gates? We consider it a process that must then evolve in custody.” More than 3 million 800 arrivals between January and August 2019, about 977 thousand in 2020 and 1 million 270 thousand in 2021. Over 8 million and 800 arrivals (2019), 2 million 500 (2020) and just over 3 million 200 this year. Instead, arrivals to the municipality between May and August 2021 experienced a 54% decrease compared to 2019, but an increase of 63% with 2020; While the overnight increase was 39% compared to 2020. “We are optimistic for the next few months: we hope, says Angelo Zambrotta, Coordinator of Public Institutions, that countries like Australia and the United States will come back.”