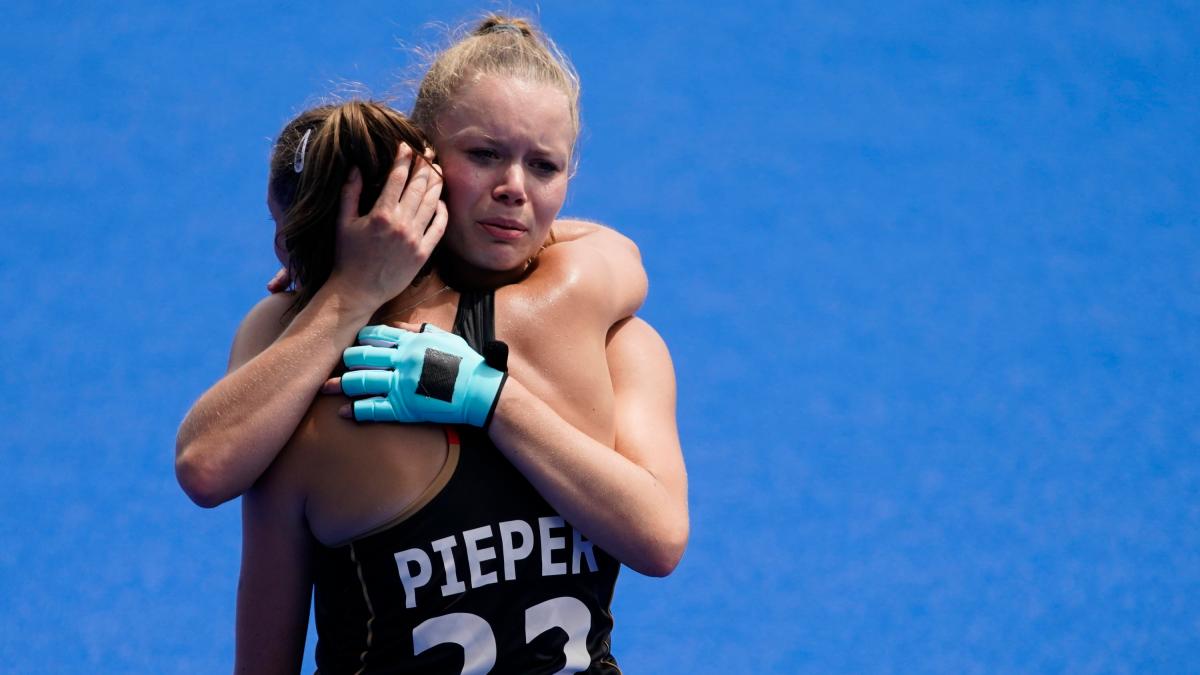 For the first time in nine years, the German women’s hockey team has not won a medal. Because the athletes drank alcohol in a park in the Olympic Village, the police had to arrive. All the news from Tokyo in the live broadcast tape.

aOur dream of a fifth Olympic medal: the German women’s hockey team returns from the Summer Games in Tokyo without the precious metal. On Monday, national coach Xavier Reijinger’s team lost in the quarter-finals to Argentina with a score of 0: 3 (0: 2) and was eliminated. Agustina Albertario scored in the 27th minute, Maria Jose Granato (29) and Valentina Raposo (52) the deserved victory for the superior South America. “A wonderful disappointment. “It will take some time before we can absorb that,” said coach Rickinger. We couldn’t carry out our plan and didn’t find any solutions.”

The women’s DHB was finally without a medal at the London 2012 Olympics. In 2016, there was a bronze in Rio, before that there were two silvers (1984, 1992) and one gold in Athens in 2004. The goal was also in Tokyo – But it shouldn’t be. “It was not done together. We did not expect that we would stand by,” said Lisa Altenberg. We lacked courage and conviction. This is a day one would like to erase from memory.

The German national team, who finished second in the preliminary round behind world champions Holland, fell on the defensive at the start of the match. Argentina dominated the event and barely allowed the DHB women, who played all black, to develop in the humid temperatures of over 30 degrees.

Germany had little to counter the offensive power of South America. After all, the defense was so safe to begin with, that three penalty corners were crossed without damage in the first quarter. Argentina also remained in the lead in the second quarter. Goalkeeper Julia Sontag had to use all her skills several times to avoid being left behind. On the other hand, a lot seemed random in the German game. Serious attacks: none.

So it was only a matter of time before the two-time Argentine world champion could celebrate for the first time. Albertarrio completed an impressive close-range combo. Just before the break, Granato increased. After the change, the German team returned to the field with greater energy and now pressed the call. But the efforts failed in the third quarter because few opportunities were not exploited.

So there was only hope for a successful final boom, which, however, did not materialize. Time and time again, German players got stuck in the opponent’s compact defense. The third goal Raposo conceded after a corner kick finally sealed the Olympic knockout for the European Championship runner-up, whose resistance was finally broken.

The schedule, important information, dates and results can be found in the Tokyo 2021 Overview.

Olympia 2021: all developments in the live tape

See also  Former HSV and SGE player Nikolai Muller kicks his team to the top of the table!