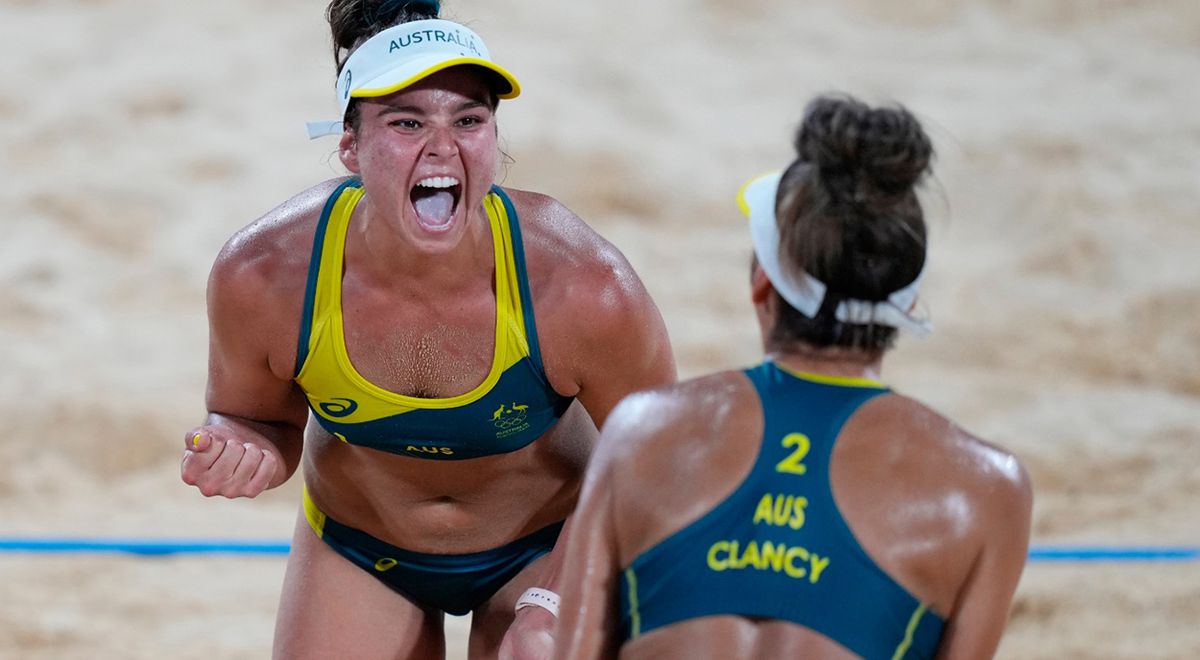 Mariavi Artacho del SolarBronze medalist at the 2019 Beach Volleyball World Cup, she won the silver medal for Australia in Tokyo 2020. This is the first time that a Oceania country has won a medal in this discipline. The achievement also comes in response to the efforts of his Australian sports partner, Talico Clancy.

Although the Peruvian delegation has not yet managed to get a medal at the 2020 Tokyo Olympics, The Peruvian-born player already earned the distinction after qualifying for her specialty final on the last day of the competition.

The athletes beat Latvian duo Tina Graudina and Anastasia Kravchinuka 2-0 (23-21, 21-13) in the semi-finals. The victory they earned the right to play for gold against Americans April Ross and Alex Kleinman.

“Yes! It is very unrealistic. We have dreamed of this moment for many years and it is amazing that we are one step away from achieving it”, said the 29-year-old Peruvian athlete, who emigrated at the age of 11.

The Australians’ expectations for both players have been high since the pre-season Olympic Games, where they were included in the album “Heroes and Legends of the Olympics” in that country.

“It means a lot Australia Fighting for gold again, we want our sport to return to the international fore. “We want to inspire the next generation,” the volleyball player said after securing a pass to the final.

Mariavi Artacho del Solar and Talico Clancy They already had the experience of participating in the Olympic Games when they participated in them Rio 2016. However, on that occasion they did it with different companions. They just started making a team in 2017.

Both are current beach volleyball champions in Australia and are ranked fifth in the world rankings. The volleyball couple won the bronze medal at the 2019 Beach Volleyball World Cup held in Hamburg, Germany. His qualification for Tokyo 2020 was officially confirmed two weeks ago After they were selected among the top 15 duos for winning the FIVB Beach Volleyball World Tour, which took place at the Cancun Hub in May this year.

See also  A ferry collision in Bangladesh killed at least 32, because the ship sank in 20 seconds