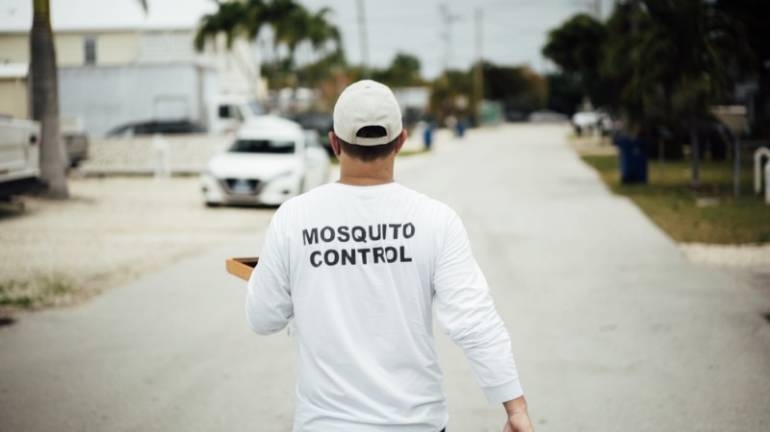 After a decade of fighting for regulatory approval and public acceptance, the biotech company has released GMO mosquitoes outdoors in the United States for the first time. The experiment, which began this week in the Florida Keys, despite objections from some local critics, is testing a method for suppressing populations of wild Aedes aegypti mosquitoes, which can transmit diseases such as Zika, dengue fever, chikungunya and yellow fever mosquitoes.

Oxitec, the UK-based company Abingdon that developed mosquitoes, has previously tested the insects in the field in Brazil, Panama, the Cayman Islands and Malaysia.

But so far, due to a tortuous series of regulatory decisions and Florida residents’ disapproval (see “Long Road”), no GM mosquitoes have been tested in the United States, although the country had previously allowed evidence of a GM diamond. Moth (Plutella xylostella) in New York and pink worm (Pectinophora gossypiella) in Arizona, both developed by Oxitec. “When something new and revolutionary comes along, people’s immediate reaction is to say, ‘Wait,’” says Anthony James, a molecular biologist specializing in mosquito bioengineers at the University of California, Irvine. [Oxitec] Was able to conduct a trial on the ground in the United States a big problem. “

The experiment was launched

Aedes aegypti makes up about 4% of the mosquito population in the Keys, a chain of tropical islands at the southern tip of Florida. But it is actually responsible for virtually all of the mosquito-borne diseases in the area, according to the Florida Keys Mosquito Control District (FKMCD), which is working closely with Oxitec on the project. Researchers and technicians working on the project will release the males of Aedes aegypti through small, non-rodent bioengineering to mate with wild females, which are responsible for biting prey and transmitting disease. Transgenic males carry a gene that passes to their offspring and kills female offspring in the early larval stages. The male offspring will not die, but rather, will become a carrier of the gene and pass it on to future generations. As more females die, the Aedes aegypti population should decrease.

In 2010, FKMCD contacted Oxitec to test its approach to Keys, because Florida has been and continues to suffer from an increase in mosquito-borne diseases. In 2009, the state began seeing locally transmitted cases of dengue fever, and after a few years, the infection was locally transmitted to Zika.

In late April of this year, project researchers placed boxes containing Oxitec mosquito eggs at six sites in three Keys districts. The first males are expected to appear during the first two weeks of May. Nearly 12,000 males will be out of the boxes every week for the next 12 weeks. In a second phase later this year, aiming to collect more data, nearly 20 million mosquitoes will appear in a period of about 16 weeks, according to Oxitec.

GM mosquitoes are an alternative to the insecticides, which are widely used in the United States to control insect populations. This led to the development of insecticide-resistant mosquitoes.

A box written with Oxitec is placed near the plant.

Oxitec has placed boxes of mosquito eggs in undisclosed locations in the Florida Keys to protect against vandalism. Credit: Oxitec 2021

“Unfortunately, we’re seeing our tools shrink because of the resistance,” Andrea Lyell, CEO of FKMCD, said at a press conference last week. “This is one of the reasons why we’re really looking for these new innovative tools and new ways to control this mosquito.”

To monitor the progress of the experiment, the researchers will use mosquito trapping devices for their study. They will measure the distance male mosquitoes travel from the boxes, how long they survive, how effective they are at crushing female wild mosquitoes, and whether all the female carriers of the gene die. Oxitec mosquitoes carry a fluorescent marker that makes them glow when exposed to a specific color of light, making them easier to identify.

The biotech company plans to present the results to the U.S. Environmental Protection Agency (EPA), which has given the green light to the experiment. The data will help the Environmental Protection Agency determine whether Oxitec can release mosquitoes on a larger scale in the United States. The company is still testing it in Brazil and other countries.

Opposition to the Florida field trial was fierce from some Keys residents. Concerned about being bitten by mosquitoes or that insects will disrupt Florida’s ecosystem, and generally unhappy with being chosen as a test site, some have threatened to disrupt experiments by spraying pesticides near release points. “As you can imagine, emotions are intense and there are people who really feel they either support or oppose them,” says molecular biologist Natalie Kofler, who lectures at Harvard Medical School in Cambridge, Massachusetts and is the founder of Editing Nature. An organization that advocates for the responsible development and monitoring of gene-editing technologies. “And I can see how, if you disagree with this, it can be really worrying if mosquitoes are released in your area.”

Many of the concerns stem from the uncertainty about the new technology, says Kofler, who has been following the project for years. Oxitec has partnered with the Florida Keys community to provide answers to their inquiries. They show, for example, that a female mosquito carrying a deadly gene is very unlikely to reproduce. Kofler says a lot of people don’t trust what they hear because it comes from a company.

Kofler hopes that enough data will be collected to assess the impact of mosquitoes, including on other species in Keys and local ecosystems, and that it will be done “in a transparent way that can make some members of the community feel better about it. Of the whole situation.”

See also  Football: The Premier renews his audiovisual rights in the UK until 2024-2025

Oxitec employees have taken precautions against vandalism by placing their mosquito boxes on private fenced properties and not disclosing their exact locations to the public.