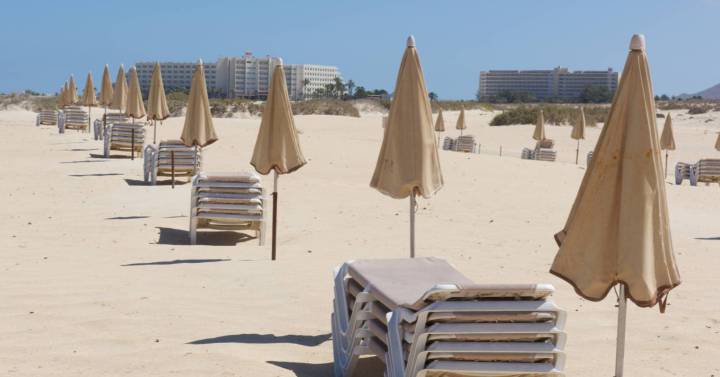 On Tuesday, the British government removed the Canary Islands from the list of destinations that have so far advised them not to travel, if not for basic reasons, to its citizens due to the spread of the Coronavirus. Also announced today in an update to the travel restrictions that appear on the website of the British Executive, the Foreign Office indicates that it “advises against making any unnecessary trip to Spain, including the Balearic Islands but with the exception of the Canary Islands, based on the current Covid-19 risk assessment. “.

Likewise, the government is removing Portugal (excluding the Azores) and several Greek islands from that list, pending to publish its new “traffic light” system before May 17, through which it will classify red, amber and green into countries dependent on the epidemiological situation. It is expected that the veto on leave abroad will be lifted within two weeks as part of the “road map” that the Boris Johnson administration is pursuing to bring about a gradual release. A system based on the level of risk is expected to be introduced in each country later this week, whereby one of the three colors will be assigned to the traffic light (green, amber or red), which will have different rules for travelers who return according to the list in which the destination appears. Their vacation.

Accordingly, those returning from the “green” runway will not be required to quarantine upon their return to the UK, while those arriving from the “Kahraman” destination will need to self-isolate for at least five days. Citizens who went to destinations classified on the “red” list (with the highest risk due to the virus) will, upon their return, be forced to quarantine for ten nights in a hotel licensed by the British government – at an estimated cost of 1750 pounds (2,016 euros) for the citizen himself.

When assessing the risks caused by the virus in each country, many factors will be taken into account, such as the percentage of the population who have been vaccinated in each destination, infection rates, the emergence of new virus variants or access to reliable scientific data from countries. Although the current advice on travel abroad issued by the Foreign Office does not necessarily have to coincide with the “green” list that the government will publish in the coming days, it does give an idea of ​​the assessment made by the British Executive on the risks. That every destination offers to tourists.