Thousands in the UK demonstrate against the controversial law 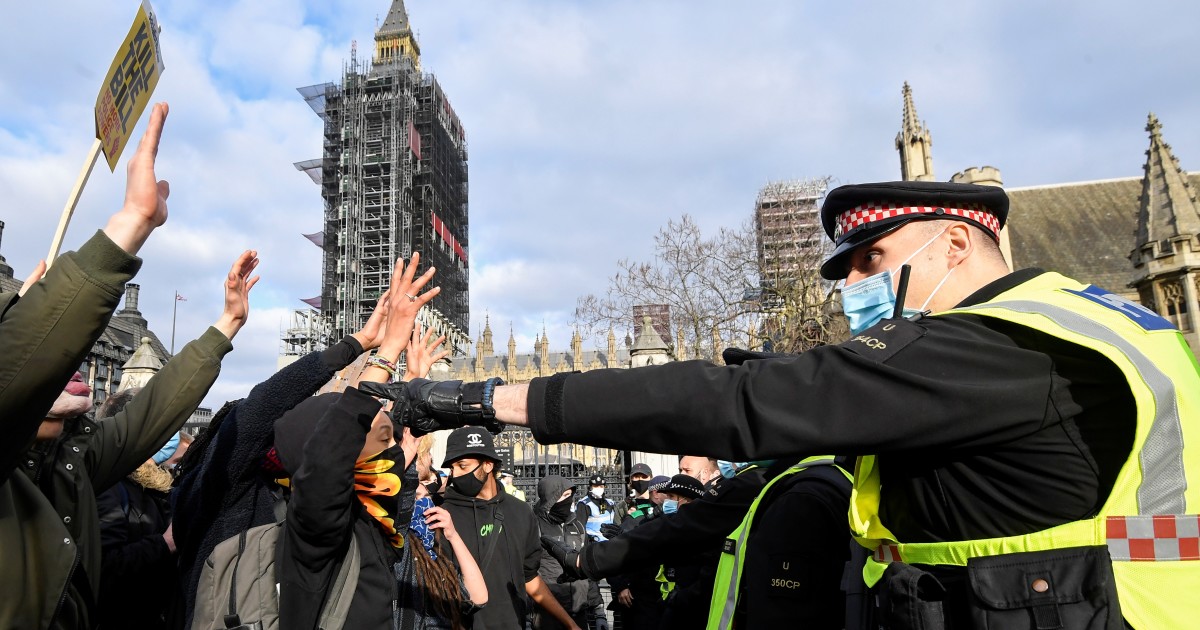 The draft law states that anyone who refuses to follow police instructions at a demonstration can be fined up to 2,500 pounds. According to a BBC report.

On Saturday, the “Kill the Bill” marches were held in dozens of cities, including London, Manchester, Liverpool, Birmingham and Bristol, with support from large groups of activists such as Extinction Rebellion, climate change advocates, and the Black Lives Matter movement. .

“(I am here) to stand up for the rights of free speech, the rights of organizations in our society,” said Jeremy Corbyn, a former leader of the opposition Labor Party who was among thousands of people who met at the protest. In the center of London.

“These demonstrations, 50 of them today, will make a difference,” he told Reuters before the Houses of Parliament.

Corbyn said the law would prevent protests without prior police approval.

Extinction Rebellion is demonstrating in England against the climate crisis

Thousands of Extinction Rebellion activists kicked off the first of ten days of protests in England on Tuesday against the British government’s inaction in the face of the climate crisis. This performance took place, for example, at St Peter’s Square in Manchester.

“The government does not do what is necessary to ensure the safety of people, and its criminal negligence puts lives at risk,” the movement said in a statement.

The Extinction Rebellion stressed that “they should not be allowed to continue this way,” calling for action “now”.

London police imposed restrictions, stipulating that protests must take place between 8am and 7pm and without blocking the main roads around Parliament Square.

In 2019, XR carried out a series of shocking actions in the UK and around the world, dubbed the ‘Autumn Uprising’.

Activists attend a presentation at St Square in Manchester, northwest England. Prior to these new measures, four members of the group, including its co-founder Roger Hallam, were charged with conspiracy to cause criminal damage and to remain in temporary prison.

The days of the Extinction Rebellion protests, which grounded parts of London in early 2019, have sparked calls from some politicians for police authorities to prevent any unnecessary disruption.

Since the bill was submitted to Parliament last month, there have been sporadic protests.