They catch koalas while walking on the shores of Australia 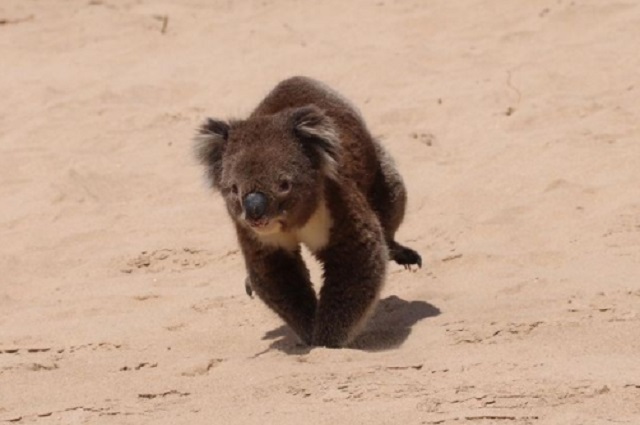 Detachment of a Koala Taking a walk on an Australian beach has become viral on social networks, after various users posted videos and pictures of this little animal wandering among tourists’ snowboards.

The event took place on the main beach of Apollo Bay in Melbourne. Australia.

An Instagram user posted the photos that she managed to capture of the event on her official account:

“Incredible sights at Apollo Bay Beach this morning !!! Koala comes down to watch the waves !!! amazing!!! Luckily I had my big camera outside.

Also, a video of the march of the koala was recorded, and it spread around the world:

A koala appears on the beach in Apollo Bay, Australia. This behavior may be due to the degradation of their natural environment. #the animals #nature # Science #Environment
pic.twitter.com/Idp7JS916W

According to Tracy Wilson, The keeper of the koala sanctuary in the area, it is not normal to find them outside their habitat, so their storming on the beach is probably due to the fact that the animal felt threatened and fled.

However, he cautioned that due to climate change, it is increasingly common to find this species outside of its habitat.

On the other hand, it should be noted that, in the past year, the country has suffered from some forest fires that have endangered the life of this species, and for this reason, with these pictures, the terrible situation Australian koalas are going through are highlighted.

With information from: the newspaper