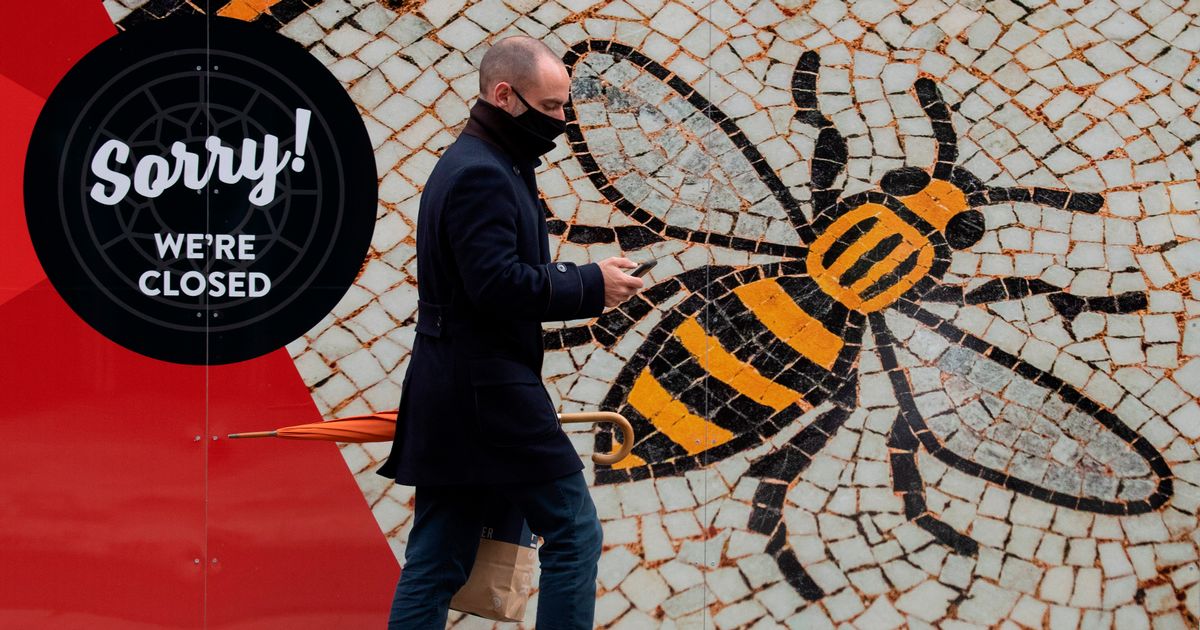 Infection rates are again declining in all ten boroughs of Greater Manchester.

Despite the numbers’ continued downward trend, our region will be put back in the government’s Level 3 measures when the lockdown ends next week.

Incidence rates are expressed as the number of new cases per 100,000 people.

In fact, the rate in our region was now half of what it was when Level 3 was first imposed on October 23. At that time it was 547.5.

Since that date, Tameside, Wigan, Trafford, Salford and Manchester have all seen interest rate cuts by more than half.

For the other neighborhoods, there was a drop of about 40 pieces.

The latest infection rates in Greater Manchester are:

Trafford is the only area of ​​Greater Manchester to fall below the national average with a rate of 169.4 per 100,000.

READ  The numbers of new coronavirus cases are rising in Somerset

There were 661 positive tests across Greater Manchester on Sunday – the lowest total since September 21.

By comparison, 3,299 positive tests were confirmed in Greater Manchester on November 2 – the point at which the second wave of the virus was at its peak.

Health Secretary Matt Hancock made a statement in Parliament this morning announcing which areas will be placed at what levels and Outline the rationale behind each of them.

You can register simply by following the instructions Here

The stricter system, which will see stricter measures against hospitality, will go into effect on December 2.

Mr. Burnham added that he hopes the settlements will be moved to Level 2 in the next review within two weeks, thanks to the rapid reduction in infection rate in all 10 neighborhoods.

“The infection rate in Greater Manchester is dropping faster than in any other part of the country but we have to accept that it is still much higher than the England average,” he said.

“However, if the current rate of improvement continues, we will ask the government to move our district-city to Level 2 within two weeks.

“What we think is completely wrong is the government’s decision not to provide any additional trade support to areas in Level 3 than those in Level 3 and Level 2.

“The new Level 3 will hurt the hospitality sector severely. While there are grants for companies that have been forced to close, there is no additional support for the businesses they provide such as security, restaurants and cleaning.

“This will cause real suffering to the people whose jobs will be affected and risks losing many businesses.

“Ministers need to explain how they think it is fair that Tier 3 areas do not receive more support than Tier 2. They also need to explain why places with large numbers of hospitality companies – such as city centers – have the same population level. Grants as more suburbs and rural areas with fewer affected companies. “

Speaking tonight at a Downing Street press conference, Prime Minister Boris Johnson said that “your level is not your destiny.”

Although leading scholars have urged people to “think logically”, especially during the Christmas period when lockdown measures are eased.

Chief Medical Officer Professor Chris Whitty said: “With regard to Christmas, Christmas will increase the stakes, and everyone knows that. This is not a secret at all.”

“But that is not the only risk at all during this period.”

He added, “Take things very seriously during Christmas. Don’t do stupid things. Don’t do unnecessary things just because the rules say you can.”

Then he was asked to explain what people should do during Christmas when it came to hugging – and kissing – elderly relatives.

He said, “Do I want someone to see their family? Of course, this is what Christmas is all about, whether people celebrate Christmas as a festival or any other belief system. It’s an opportunity for families.”

“But would I encourage someone to hug and kiss their elderly relatives? No, I wasn’t.

It’s not against the law – that’s the point. You can do this in the rules that are in place but it does not make sense because you may carry the virus and if you have an elderly relative, it will not be the thing that you want to do in the period when we are running to the point where we may be able to protect the elderly.