The Walking Dead: Will Michonne Have Her Own Products? 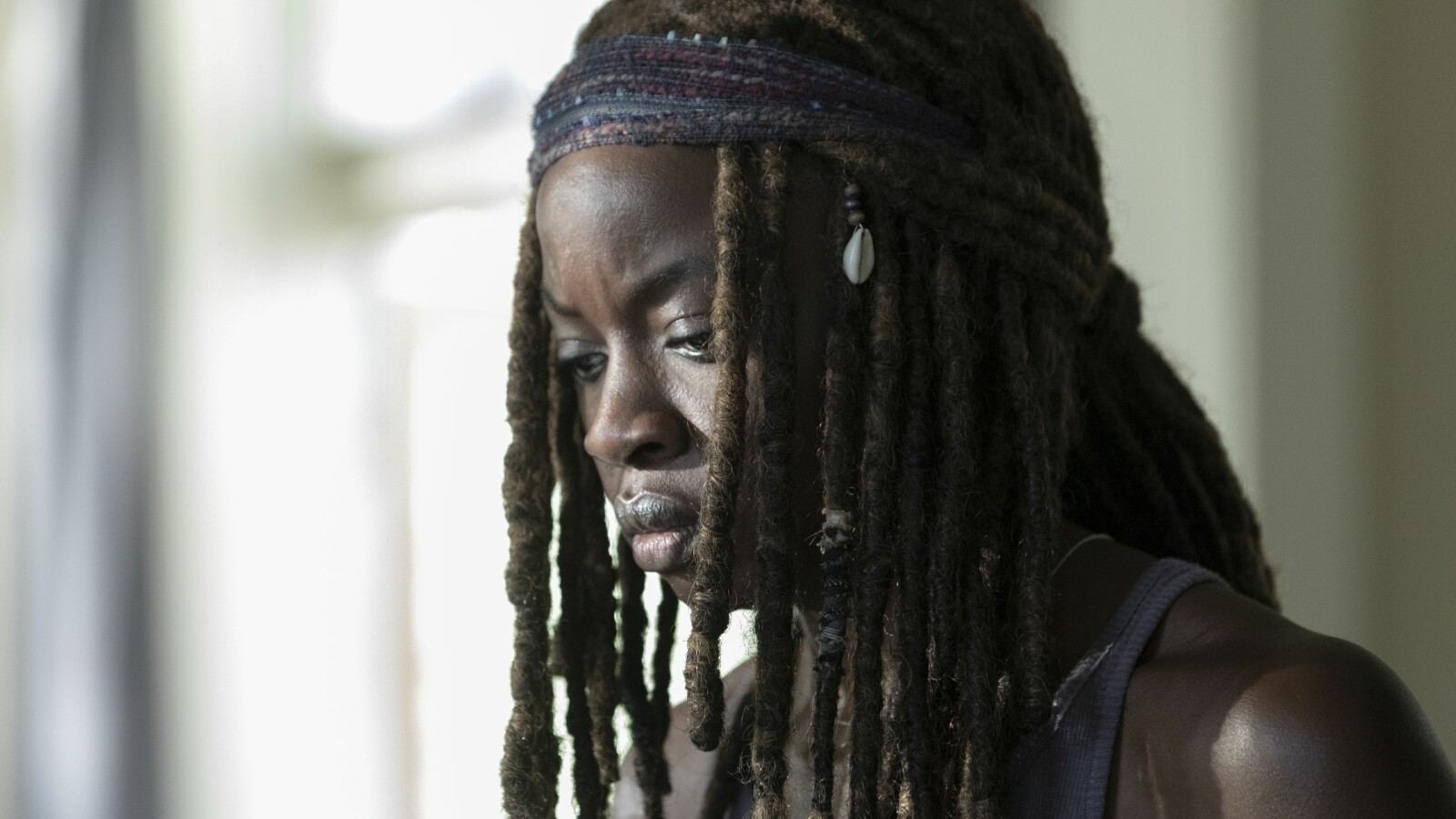 In the “What We Become” episode of Season 10 of “The Walking Dead,” Michonne went in search of Rick. During this, she traveled with Virgil’s colleagues on a boat in which she found traces of Rick’s whereabouts. His shoes and a mobile phone have a picture of her and Judith engraved on it.

The phone also has “rick” and Japanese characters engraved into it, which means “believe a little longer.” She contacts Judith over the radio and tells her about her plan to find Rick.

Once on the mainland, Michonne meets the couple Aiden and Billy, who ask for their help. Someone was injured. They say “they” will go without them. When Michonne asks who they are, the pair point to a long caravan of people and horse-drawn carts that drives far away. Michonne decides to help them.

Since then, fans have been wondering if and when they’ll ever see the swordsman again. There are several options for Michonne’s return. Showrunner Angela Kang said Michonne’s new collection was “a question for Scott Gimple.”

Options for a possible reunion with Michonne

Possible connections between the TWD series may have something to do with the once-abandoned farming village of The Perimeter in “World Beyond.” Before the end of the world, it was bought and turned into an artists’ colony. A decade after the zombie apocalypse, an unknown number of survivors are currently living there, expanding the village and bringing in more people.

Another mysterious group of people from the world of TWD appears time and time again as a fringe phenomenon: the Civil Republic and its associated Civil Army. Not much is known yet about this community. Also known as the Three Rings group, they fly along the coast in helicopters. The three rings represent the alliance of the three between Omaha, Portland, and the Civic Republic. They also run a research center frantically searching for a solution to the zombie apocalypse. CRM is prominently represented in the “post world”.

Jadis as the main character

There could be a possible connection between Jadis and The Perimeter: “Rick Phone”. Viewers will long remember that Jadis was an artist who created portraits and sculptures. So did Jadis paint a picture of Michonne and Judith to leave evidence?

As the leader of the scavengers, Jadis exchanged people, classified as A and B, with the Civil Republic for food and supplies. Six years later, she can be seen in “The Walking Dead: World Beyond” as the CRM Officer. Since Jadis appeared in “World Beyond,” it seems reasonable to assume that Michonne could also see a revival in the spin-off.

A separate show for Michonne?

There are other reasonable possibilities to meet Michonne: She could return on her own show that connects the time between “The Walking Dead” and the advertised films. Gimple commented on his reunion with Michonne to US-Magazin “The Hollywood Reporter” Like this: “I love her and Rick together, but I also love seeing her alone as the main character.”

Plans for the movies

Gimple also said that the current plans and ambitions will be related to the films. Because Gimple has also hinted at a meeting between Michonne and Rick on the big screen. The trailer for “The Walking Dead” shows a helicopter with a three-circle icon approaching the Philadelphia skyline. This indicates that the helicopter from Season 9, Episode 5 will take Rick and Jadis there.

So there are various theories in the room bringing back Michonne. What is certain is that she will reappear in the world of The Walking Dead. Watch the next episode of “The Walking Dead” on October 11 on Disney+. The Walking Dead: World Beyond launches October 4th on Amazon Prime.

This page has been created using data from Amazon, Netflix, MagentaTV, Sky Online, iTunes, The Movie Database, Fanart.tv, Warner Home Entertainment, Sony Home Entertainment or their respective production studios and/or publishers. If you have any bugs or problems, please use the contact form.