The United States talks about “genocide” against the Uyghurs: Biden signs a ban on the import of goods from the Chinese province of Xinjiang – Politics 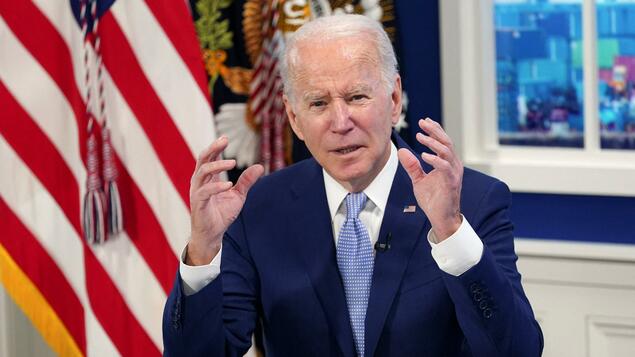 US President Joe Biden has passed a law banning the import of many products from China’s Xinjiang region. The law, signed by the US president on Thursday, bans products made in whole or in part in this Chinese province – unless companies can prove that the products were not manufactured using forced labor, which is considered difficult.

The background to the law is the dispute between Washington and Beijing over alleged human rights abuses against the Muslim-majority Uyghur minority in western China. China denies US allegations that the regional government is committing “genocide” of the minority. Among other things, China is accused of holding hundreds of thousands of Uyghurs in re-education camps and forcing them to work.

An estimated 10 million Uyghurs live in China, mostly in the country’s far western province of Xinjiang. They are considered ethnically related to the Turks and are oppressed economically, politically and culturally by the ruling Han Chinese. After coming to power in 1949, the Communists annexed the former East Turkestan to China. The Beijing government accuses Uighur groups of separatism and terrorism.

New US law requires that imports of three products be specifically controlled: cotton, of which Xinjiang is one of the world’s largest producers; tomatoes, which are also produced in large quantities in the region; and polysilicon, a material used in the manufacture of solar modules. It is the first import ban of its kind in the world.

US Secretary of State Anthony Blinken said the law “provides the government with new tools to prevent the import of forced labor products in Xinjiang and to hold the individuals and organizations behind these abuses accountable.” He once again called on the Chinese government to end “genocide and crimes against humanity”.

The law dates back to an initiative of the US Parliament. Last week, the Senate voted unanimously in a rare unit to ban the import. Previously, pressure groups from companies that rely heavily on imports from China have tried to block the vote.

It was noted that Biden did not sign the law in front of the camera, like his predecessor Donald Trump with other trade restrictions against China. Instead, his office just posted a photo on Twitter.

Like Trump, Biden sees China as America’s biggest competitor worldwide. Unlike the Republican, the Democrat does not want to let the thread of the conversation break and rely on limited cooperation, for example in the fight against climate change.

The law could become an even bigger problem for US companies that get parts from China — even if they don’t import directly from Xinjiang. For example, chip maker Intel was caught in the crossfire when it wrote to its suppliers asking them not to purchase any more goods from the provinces.

This led to an outcry on Chinese internet platforms. Intel tried to counter the public outcry with an apology posted on China’s Weibo platform. “Our original intent was to ensure compliance with US law,” the US company wrote. Intel apologizes “for the problems caused by our esteemed Chinese customers, partners, and the general public.”

The action was criticized by the US government on Thursday, and Biden spokeswoman Jen Psaki said, “We also believe that American companies should never feel the need to apologize for fighting for basic human rights or fighting oppression.” (AFP, teaspoon)