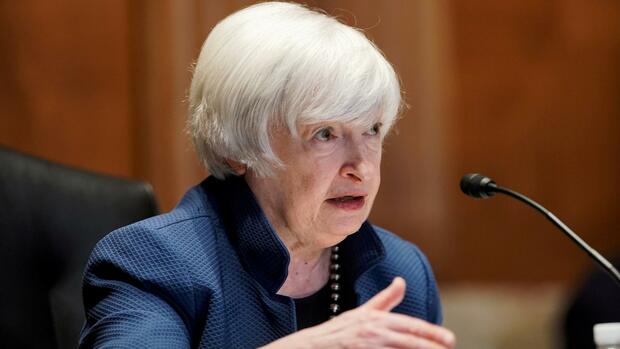 Washington The decision has appeared, and now the first details are known: the administration of US President Joe Biden has blocked access to Afghan currency reserves in US bank accounts, according to several US media reports. Immediately after the Taliban seized the capital, Kabul, over the weekend, US Treasury Secretary Janet Yellen arranged for the accounts to be frozen, the Washington Post wrote.

Even before the Taliban invaded the Afghan capital, the US government stopped handing out millions of dollars in cash, reports the Wall Street Journal. In an urgent request, the US Treasury halted the sealed piles of money from the US Federal Reserve shortly before leaving for Afghanistan, it said.

According to the International Monetary Fund, the Central Bank of Afghanistan had reserves of $9.4 billion at the end of April. It is said that a significant part of the amount is stored outside the country. Former central bank chief Ajmal Ahmadi fled Afghanistan on Sunday.

For now, the consequences for humanitarian aid remain unclear. Afghanistan is one of the poorest countries in the world and is highly dependent on foreign money. US President Joe Biden reiterated on Monday that his country will continue to assist the civilian population. “We will support the Afghan people,” he pledged, but did not address specific amounts. According to the World Bank, international aid accounts for about 43 percent of the Afghan economy.

At the same time, there is increasing pressure on the International Monetary Fund to stop disbursing money to Afghanistan. Treasury Secretary Yellen should intervene directly with the International Monetary Fund, called a group of Republican lawmakers in the US House of Representatives. In August, member states set aside $650 billion in reserves to help emerging and developing countries during the COVID-19 and economic crisis.

According to the Bloomberg portal, about 500 million will go to Afghanistan, with the payment scheduled for August 23. “After the events in Kabul, Afghanistan is now on the list of rogue regimes,” the deputies said in an open letter. “The United States must do everything in its power to cut off the flow of money to the Taliban.”

The debate about possible new sanctions should gain momentum in the near future. Some sanctions against the Taliban have been in effect since 2001, but not against the Afghan government that was ousted from power.

In his first phone conversation with a foreign head of government since the fall of Kabul, Biden promised an international alliance: On Tuesday, the US president spoke with British Prime Minister Boris Johnson. The G7 will discuss Afghanistan’s future next week, according to a protocol from the White House.

more: The United States made these fundamental mistakes when withdrawing its forces from Afghanistan