The United States and South Korea threaten peace with weapons 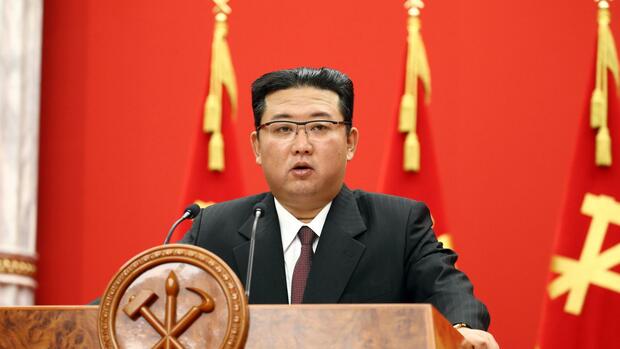 flood North Korean head of state Kim Jong Un is responsible for destabilizing the peninsula in the United States and South Korea. Speaking at the Defense Development Fair on Tuesday, Kim said that developing weapons is a matter of self-defense amid the hostile policies of the United States and South Korea’s military build-up, according to a report by the Korean Central News Agency.

In front of an array of weapons, including the largest Hwasong ICBM, Kim said South Korea’s “unconstrained and dangerous” efforts to strengthen the military “destroy the military balance on the Korean Peninsula and increase military instability and danger.” 16 kinds, as shown by pictures in the party newspaper Rodong Sinmun.

North Korea is also pressing ahead with its missile program and, according to observers, has begun expanding its nuclear reactor to manufacture nuclear missiles. North and South Korea are locked in an arms race with both sides increasingly testing short-range ballistic missiles and other weapons.

The United States has stated that it is ready to enter into diplomatic talks with North Korea at any time. However, the government in Pyongyang opposes this as long as the United States continues to take measures such as sanctions and military activities in South Korea.

Kim said it was hard to believe the United States’ assertions of no hostility toward North Korea given its ongoing “miscalculation and activities”.